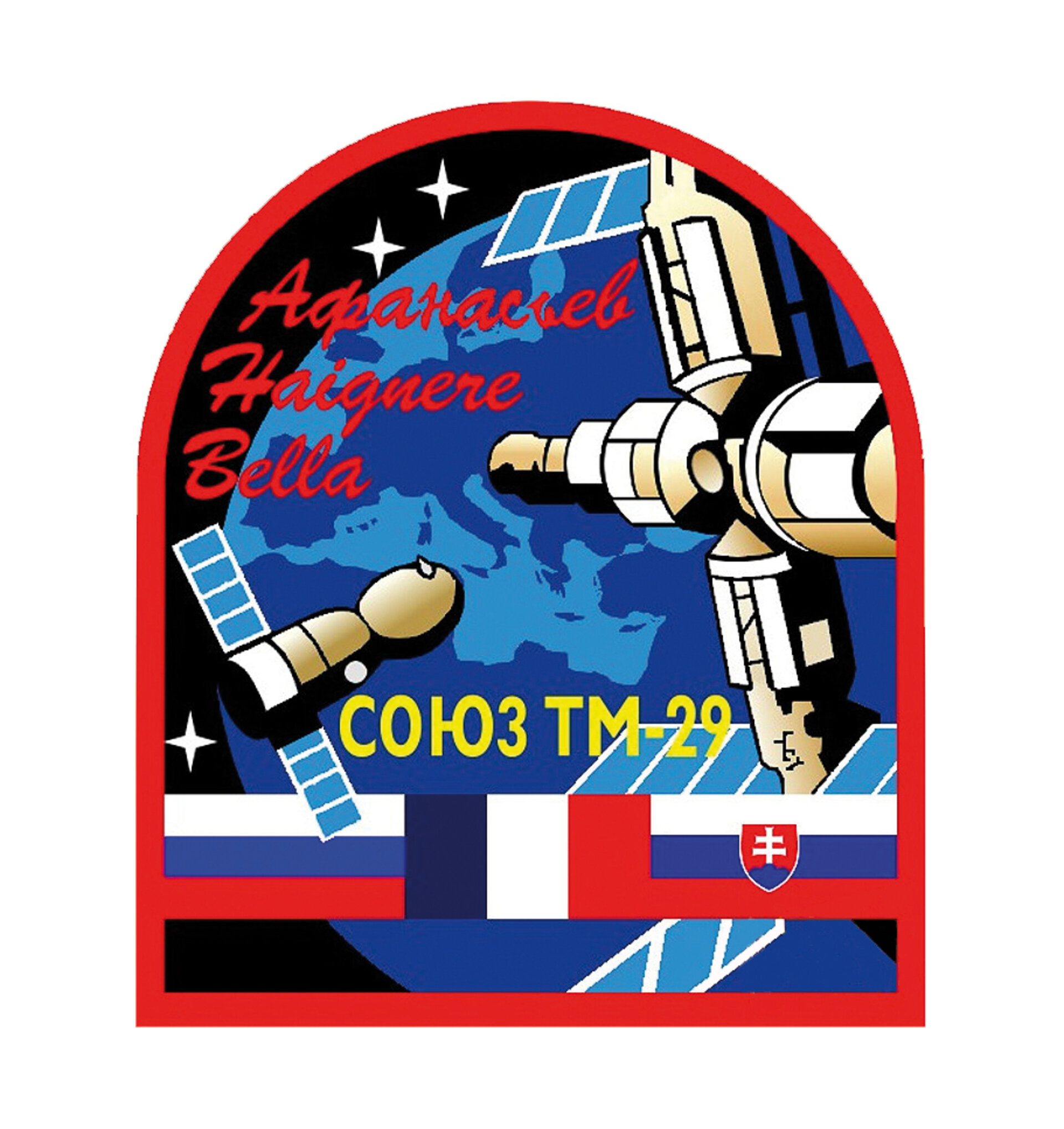 ESA cosmonaut Jean-Pierre (FR) and Ivan Bella (SK) flew on Soyuz TM-29 to Mir in February 1999. Bella was the first Slovak citizen to fly in space. Their commander, cosmonaut Viktor Afanasyev was the only Russian aboard. Their joint Russian-French-Slovak mission lasted for 9 days.

With two foreign cosmonauts on board, neither of the national mission logos could be classified as 'official' and worn by all three cosmonauts. It would not make sense to have Bella wear the Perseus logo or Haigneré wear Bella's 'Stefanik' emblem. The Soyuz flight patch, designed by Spaceview designer Luc van den Abeelen, could be worn by all three (the first time since Soyuz TM-19 that the crew wore a Soyuz-mission patch on their Sokol flight suits).