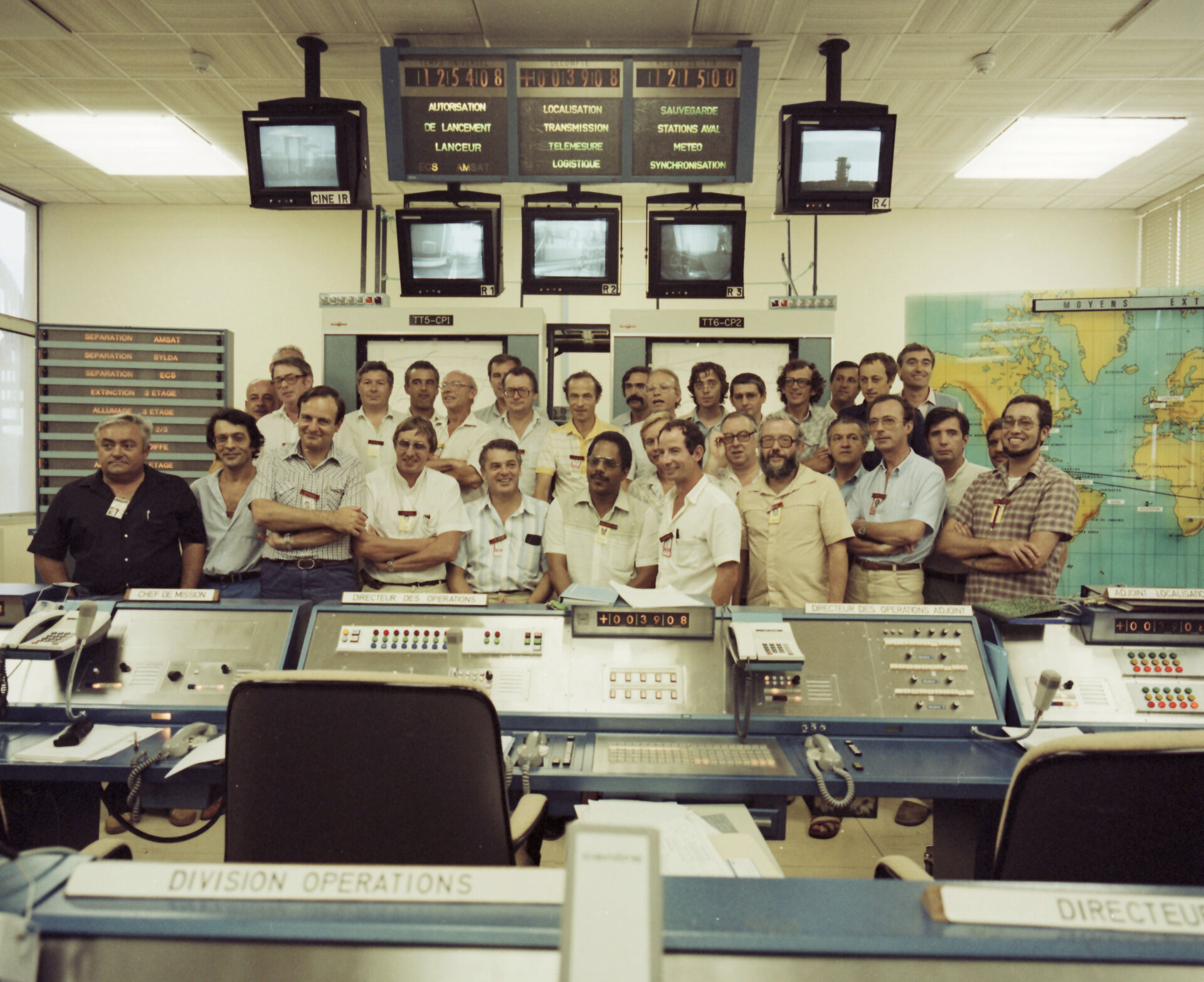 Control room personnel during the launch of ESA's ECS-1 and AMSAT's P3B from Europe's Spaceport in Kourou, French Guiana, on 16 June 1983 aboard an Ariane 1.