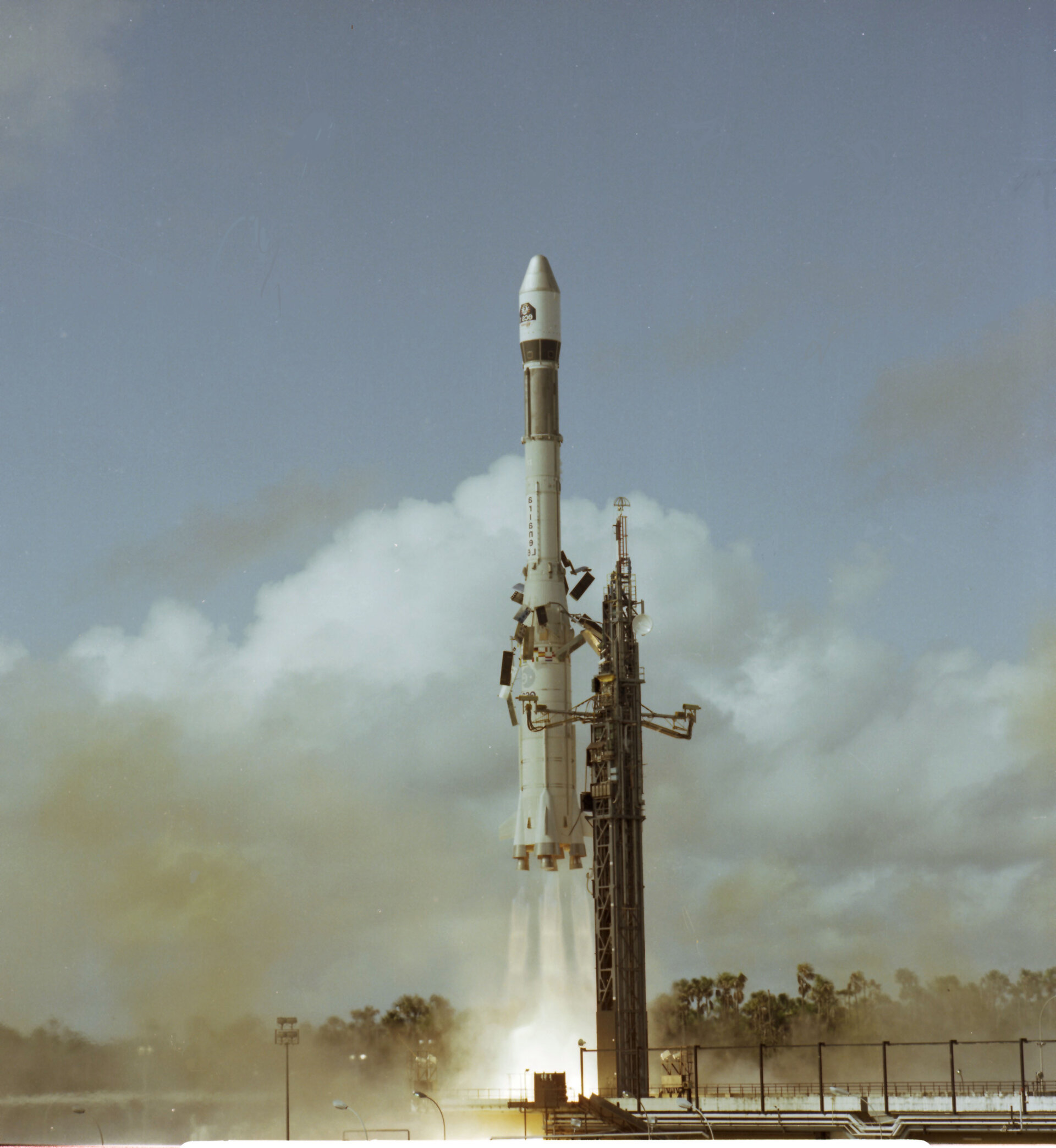 ECS-1 lifts off aboard an Ariane 1