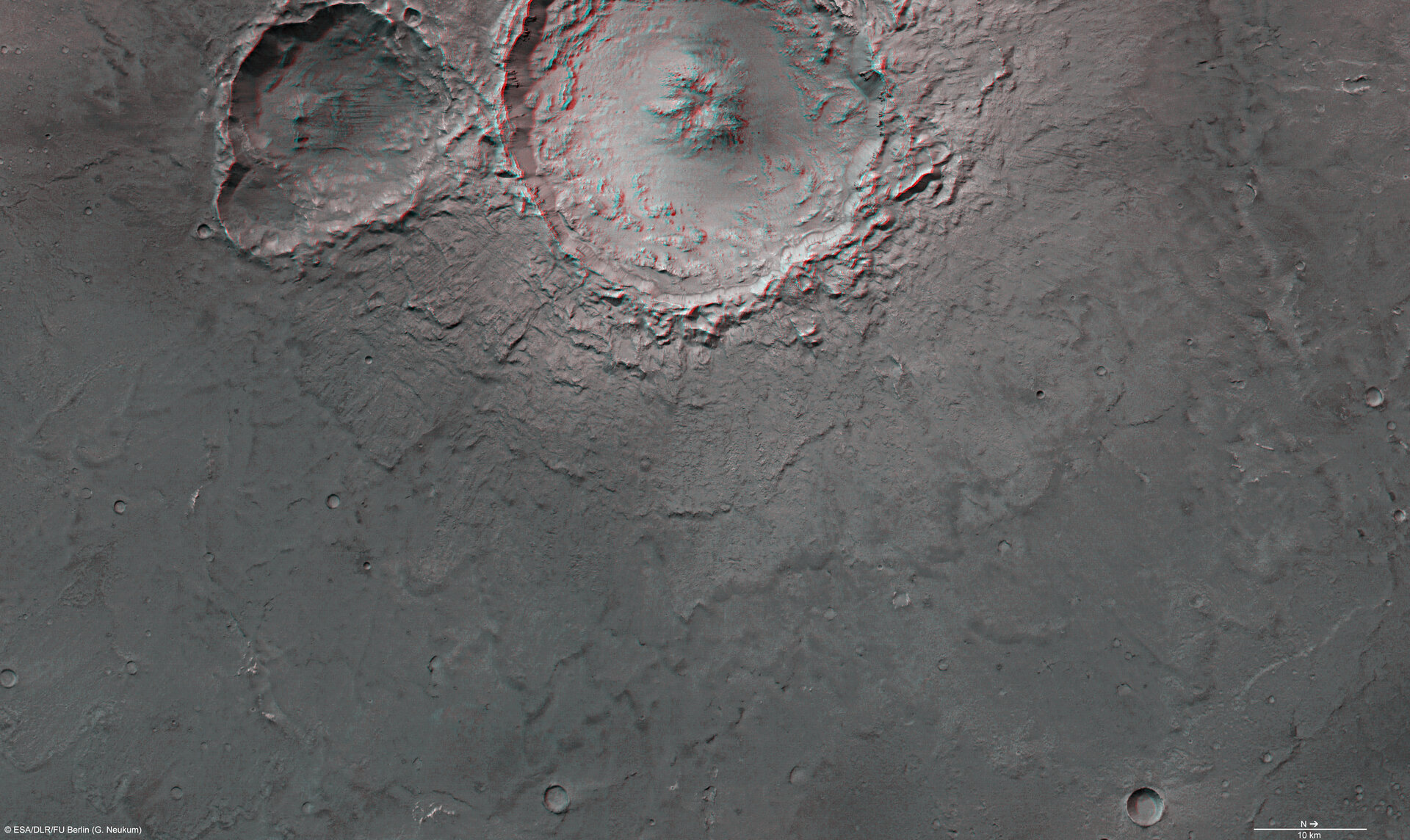 This is an anaglyph (3D) image of Tyrrhena Terra.

On 10 May 2007, the spacecraft was in orbit number 4294 when it snapped pictures of the region located at 18° South and 99° East with a ground resolution of approximately 15 metres per pixel.


The western part of the scene is dominated by a 35 kilometre-wide and approximately 1000 metre-deep impact crater with an extremely cliffy and chiseled edge.

This anaglyph image was calculated by putting together data from the nadir channel and one stereo channel.