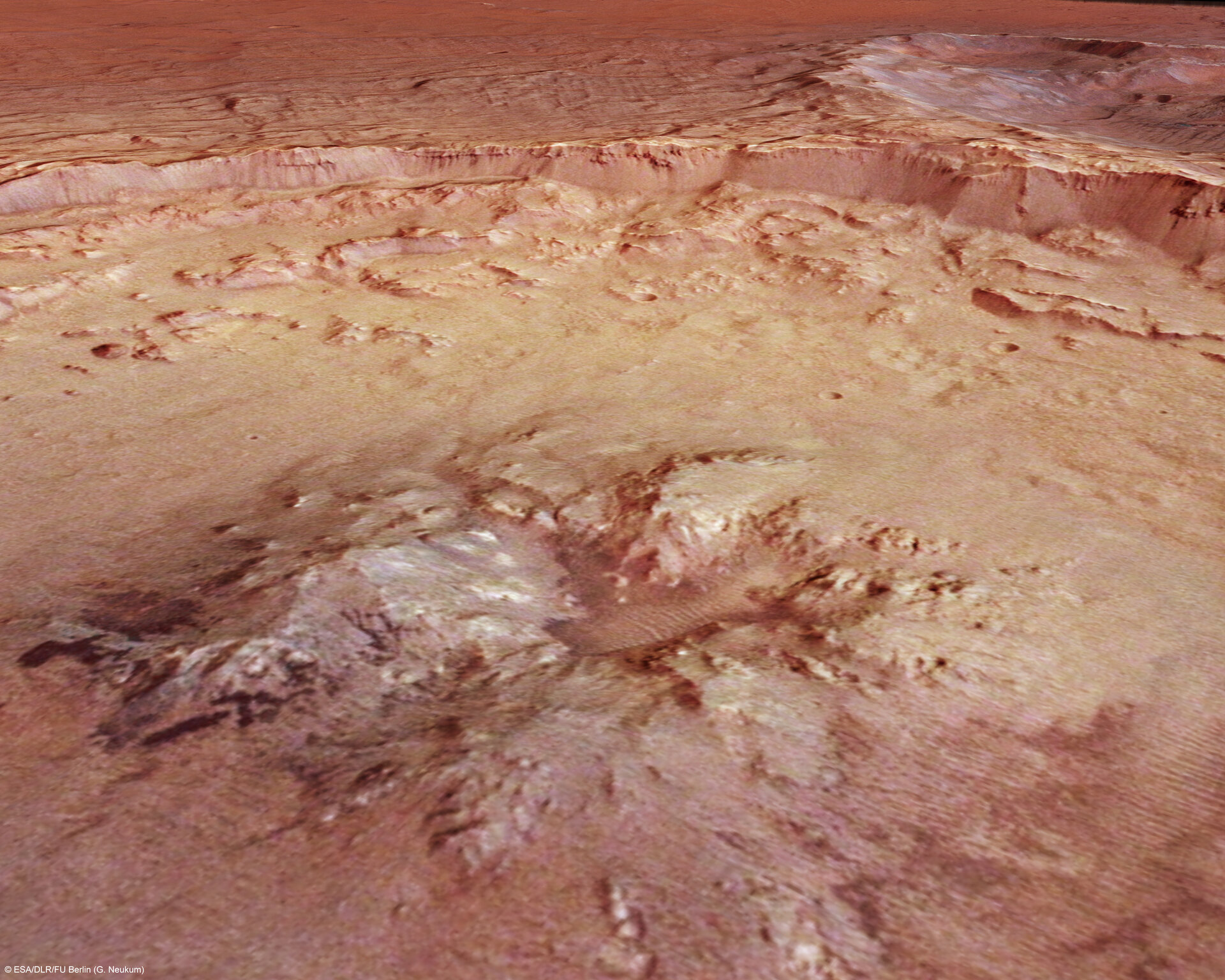 The western part of the scene is dominated by a 35 kilometre-wide and approximately 1000 metre-deep impact crater with an extremely steep rim.

The rim rises up to 400 metres above the surrounding plain.. The crater is surrounded by multiple layers of material that was ejected during the impact. These so called ’ejecta blankets’ spread up to 50 kilometres around the crater. Their round, lobate appearance hints at possible ice- and water-rich subsurface material.

The raised feature in the centre of the crater most likely originated from the elastic rebound of compressed subsurface material after the impact. This is comparable to what happens when a drop of water hits a puddle.

The High Resolution Stereo Camera (HRSC) on board ESA’s Mars Express obtained images of this region on 10 May 2007.

This perspective view has been calculated from the Digital Terrain Model derived from the HRSC stereo channels.