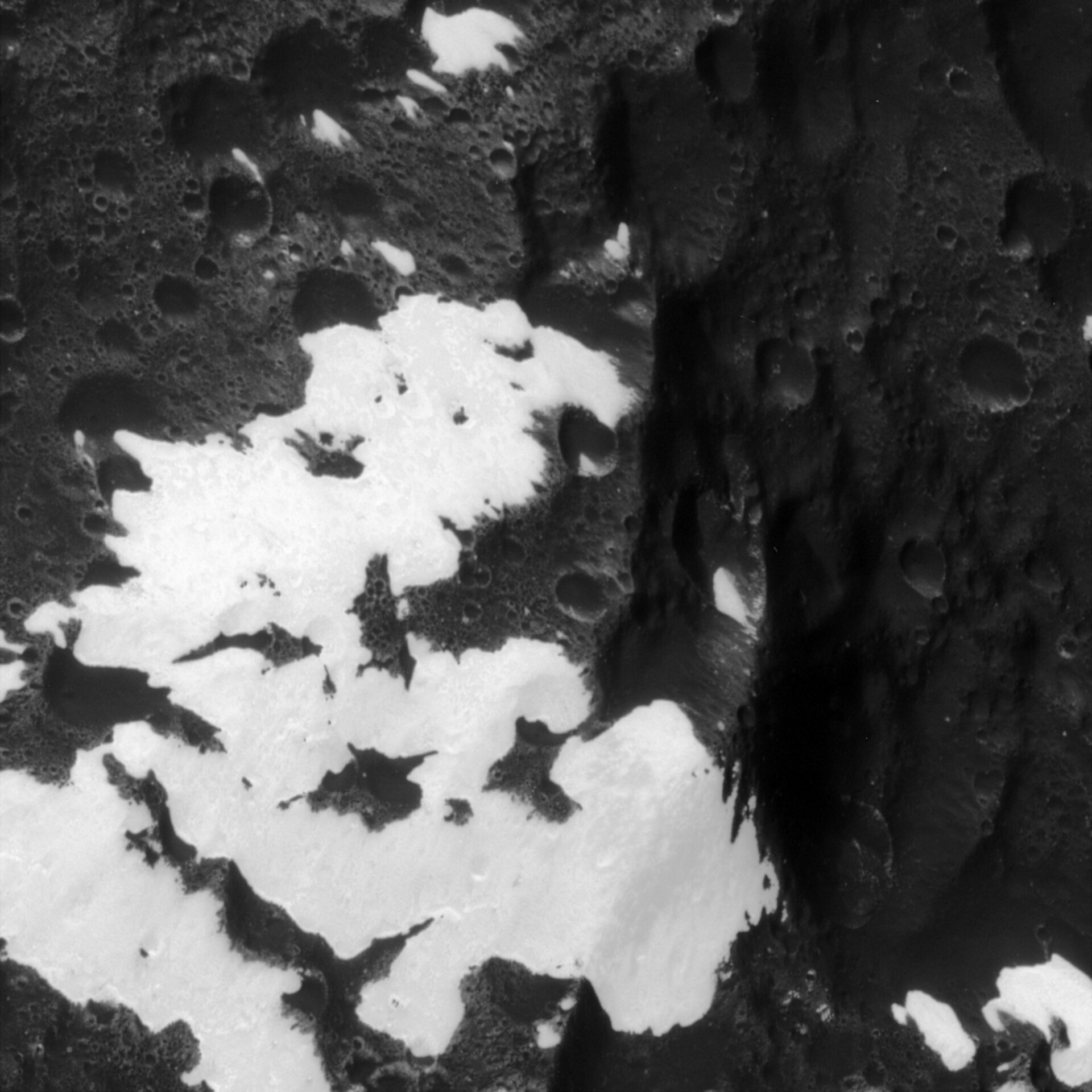 Bright and Dark mountains on Iapetus

Cassini zooms in, for the first time, on the patchy, bright and dark mountains on Saturn's two-toned moon, Iapetus. The mountains were originally identified in images from the NASA Voyager spacecraft taken more than 25 years earlier. The image was acquired during Cassini's only close flyby of Iapetus.

The terrain seen here is located on the equator of Iapetus at approximately 199° West, in the transition region between the moon's bright and dark hemispheres. North is up in the image.

The image was taken on 10 September 2007, with Cassini's narrow-angle camera at a distance of approximately 9240 km from Iapetus. Image scale is 55 m per pixel.