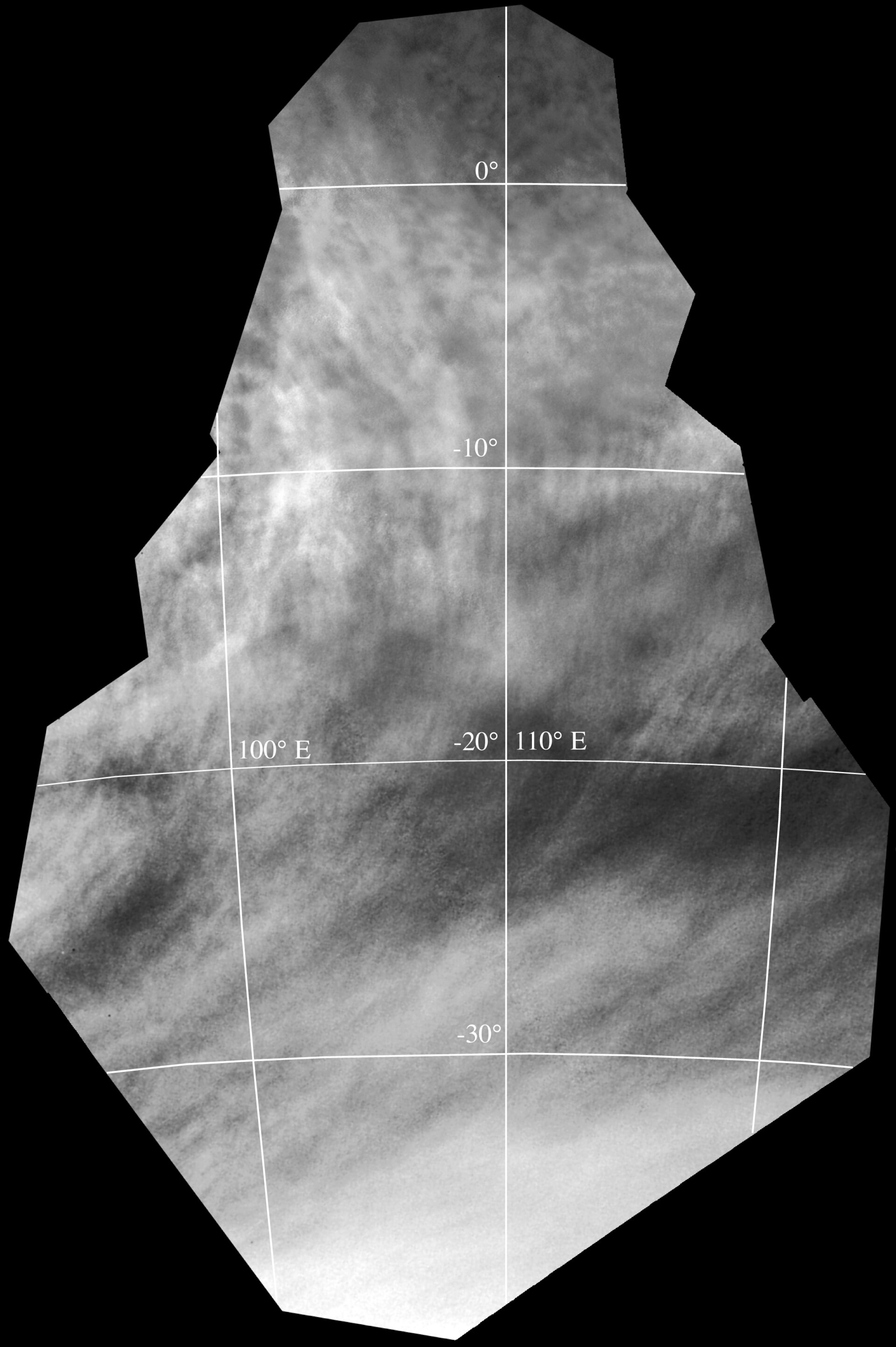 This mosaic of Venus’ cloud tops was put together with several images obtained by the Venus Monitoring Camera (VMC) on board ESA’s Venus Express. The images where taken in the ultraviolet (365-nanometre wavelength) on 15 August 2006 at distances from 5000 to 1000 km from the planet.

The picture clearly shows streaks, wave trains and convection cells. The elongated orbit of Venus Express allows one to zoom into the cloud features as the spacecraft approaches the planet.
This mosaic shows that mottled and chaotic cloud patterns at low latitudes give way to oriented streaks at about 15° south. This behaviour indicates transition between two different cloud motion regimes – a ‘dynamic’ regime dominated by local convection where the Sun light hits the planet perpendicularly (sub-solar point) - and a more regular, quasi-laminar-flow regime.