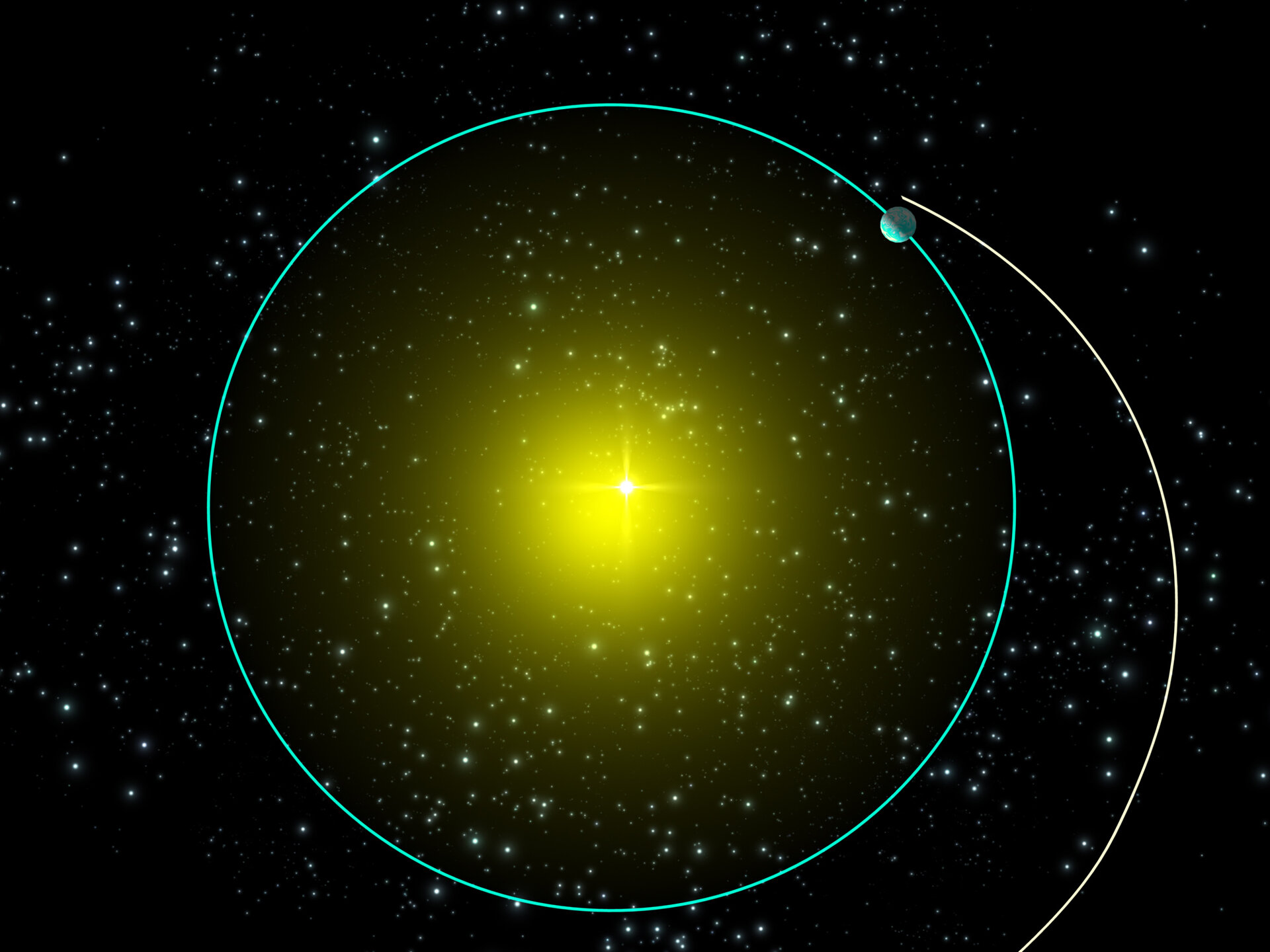 Rosetta closes in on Earth

This artist’s impression shows the orbits of Earth (blue) and Rosetta (white) as the comet chaser swings by our planet. Rosetta is on its way to its second close encounter with Earth on 13 November.

This second Earth swing by will help Rosetta gain enough energy to reach the outer Solar System through the asteroid belt and observe asteroid Steins, one of its science targets.