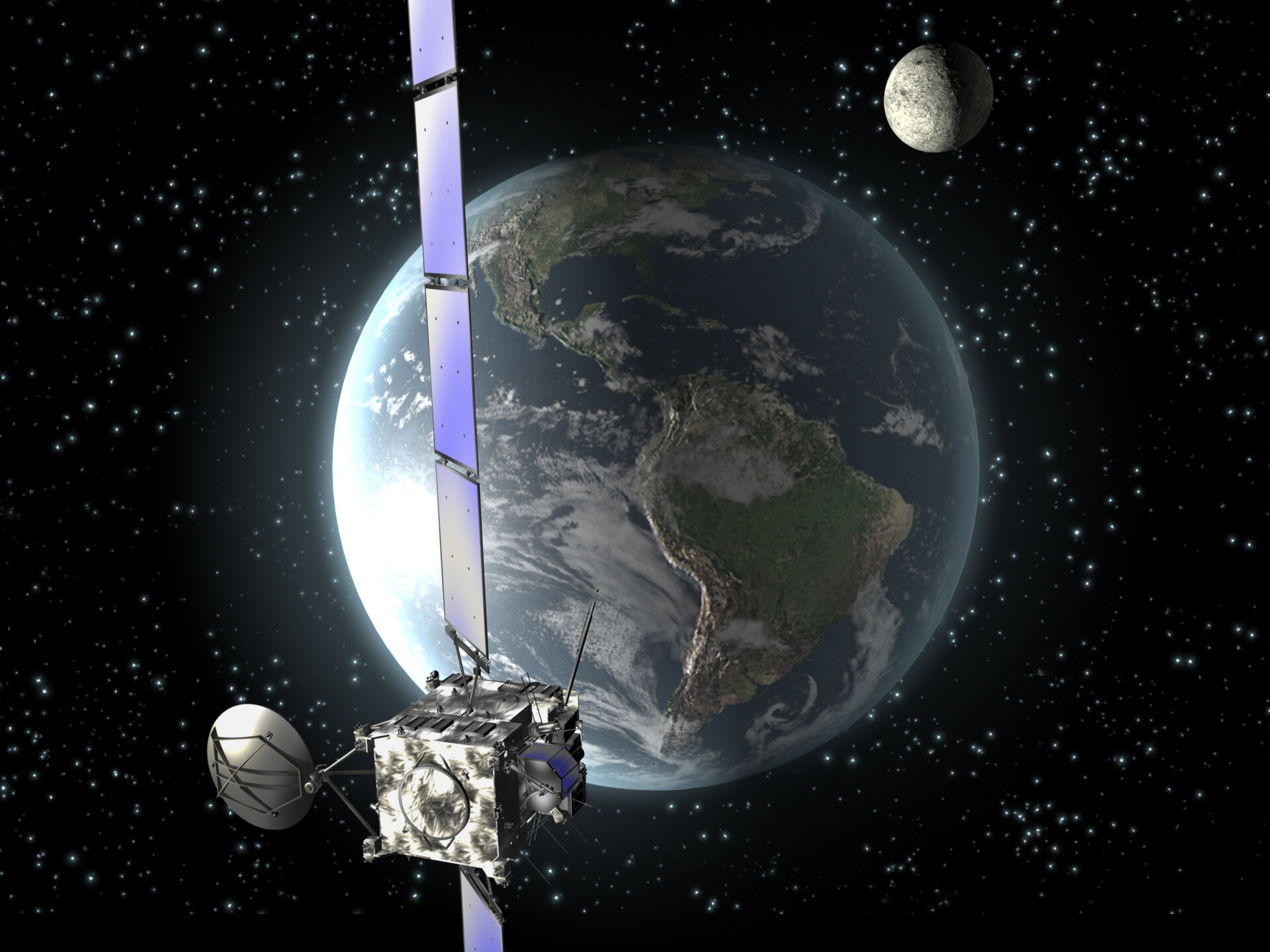 This is an artist’s rendition of Rosetta’s closest approach to Earth during its second swing-by of our planet on 13 November 2007. The image shows the fly-by configuration as seen from above.

The second Earth swing-by in November 2007 was Rosetta’s third major step on its 11-year journey to Comet 67P/Churyumov-Gerasimenko. In swinging by Earth, the spacecraft gained the right amount of energy from Earth’s gravity to save precious fuel for later on.

During this Earth swing-by, a few experiments both on the orbiter and the Philae lander were activated for calibration, science measurements and imaging. Rosetta first pointed towards Earth and then to the Moon for the observations.