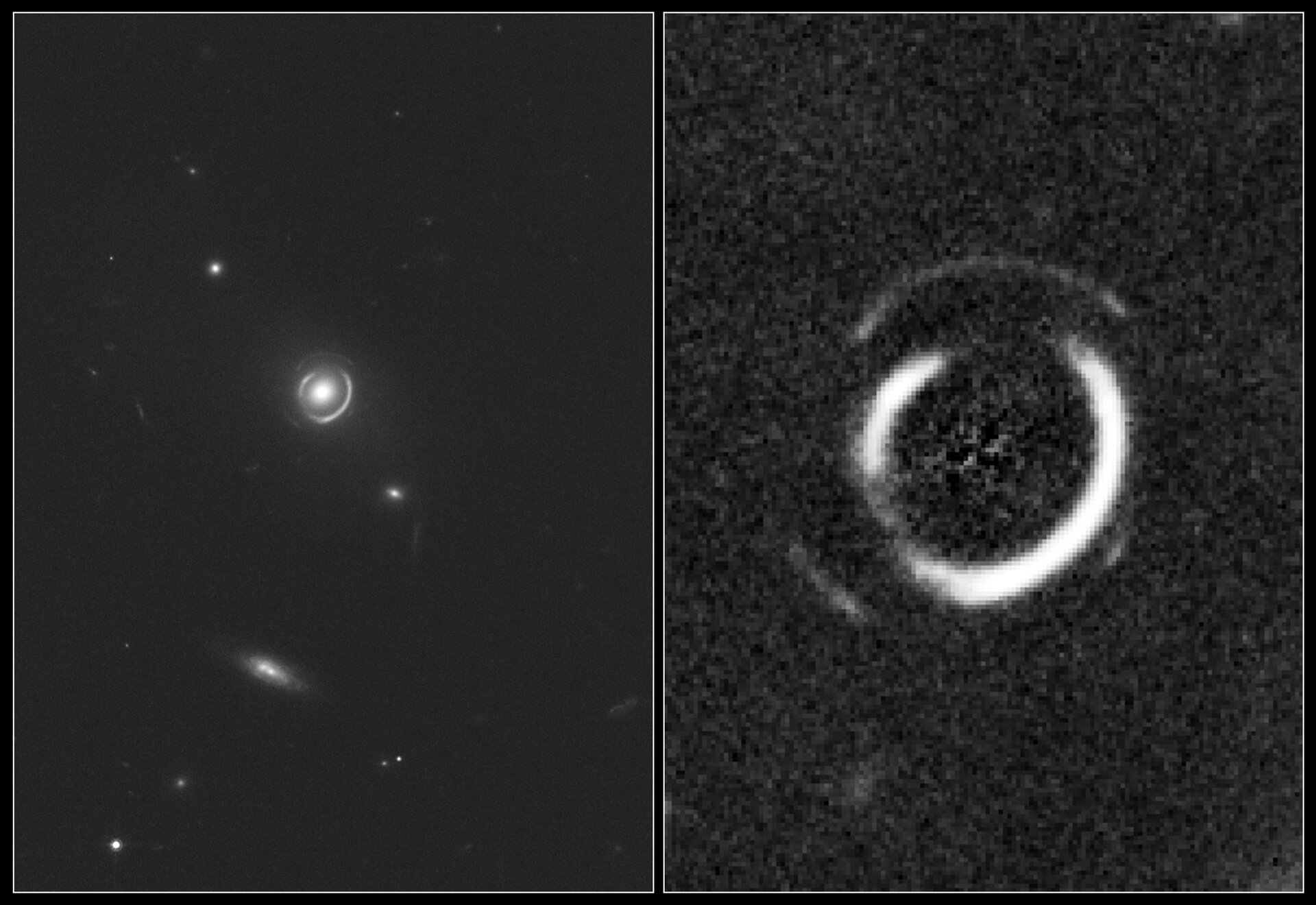 This is an image of gravitational lens system SDSSJ0946+1006 as photographed by Hubble Space Telescope's Advanced Camera for Surveys. The gravitational field of an elliptical galaxy warps the light of two galaxies exactly behind it. The massive foreground galaxy is almost perfectly aligned in the sky with two background galaxies at different distances. The foreground galaxy is 3 thousand million light-years away, the inner ring and outer ring are comprised of multiple images of two galaxies at a distance of 6 thousand million and approximately 11 thousand million light-years. The odds of seeing such a special alignment are estimated to be 1 in 10 000.

The right panel is a zoom onto the lens showing two concentric partial ring-like structures after subtracting the glare of the central, foreground galaxy.