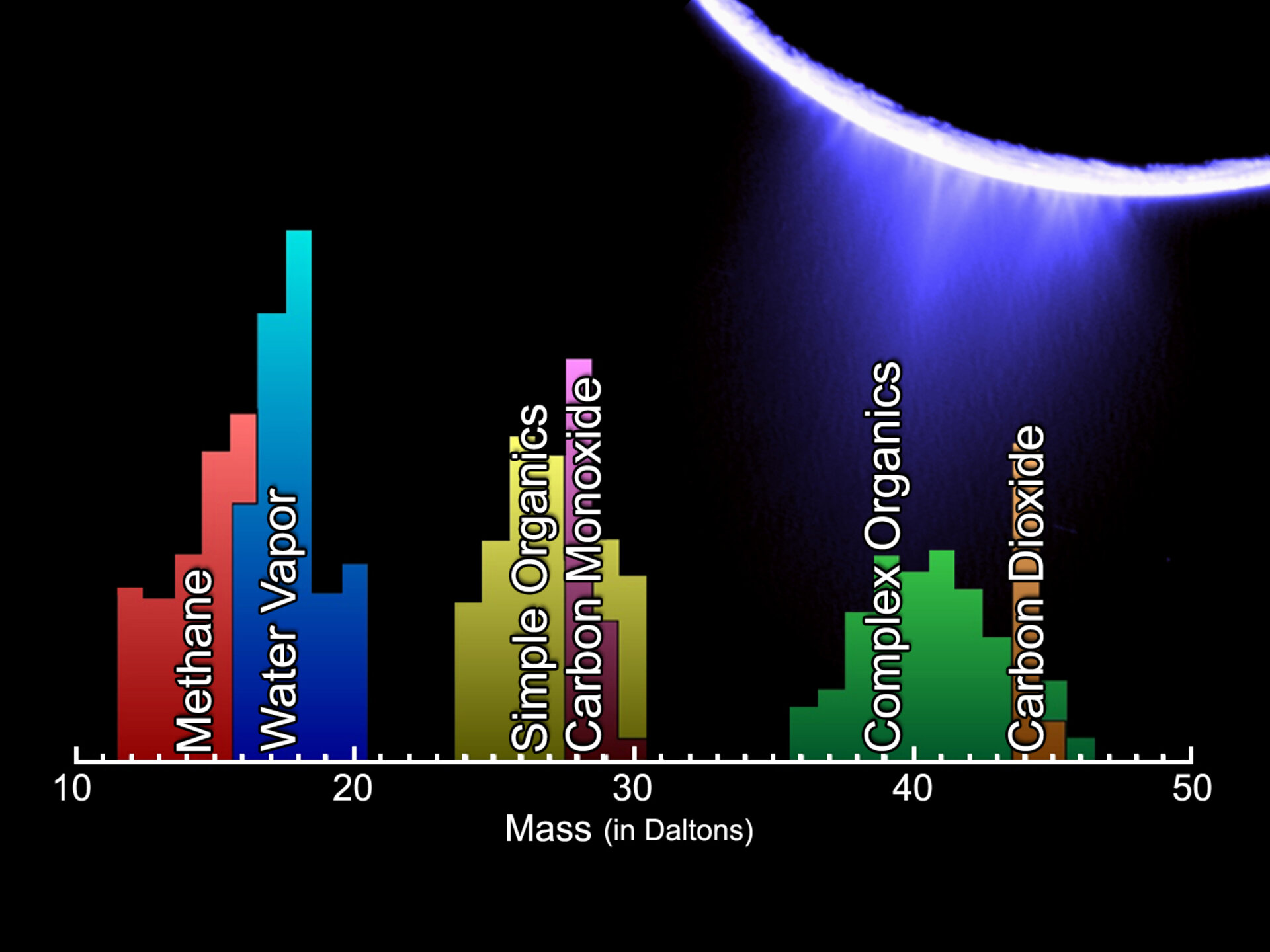 The lower panel is a mass spectrum that shows the chemical constituents sampled in Enceladus’s plume by Cassini’s Ion and Neutral Mass Spectrometer during its fly-through of the plume on 12 March 2008. Shown are the amounts, in atomic mass per elementary charge (Daltons [Da]), of water vapor, methane, carbon monoxide, carbon dioxide, simple organics and complex organics identified in the plume.