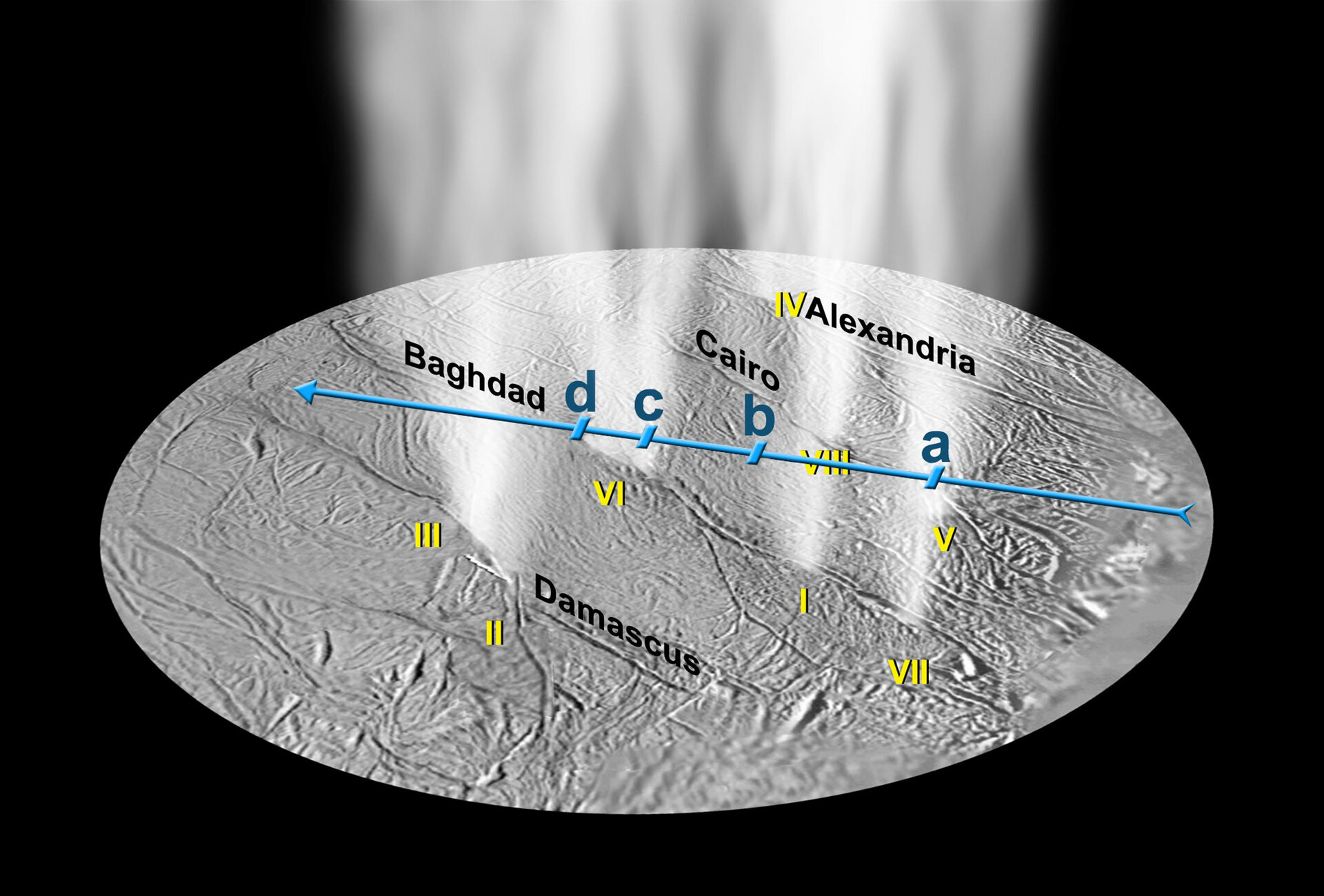 Gas and dust jets match up

Jets of high-density gas detected by Cassini’s Ultraviolet Imaging Spectrograph on Saturn’s moon Enceladus match the locations of dust jets determined from Cassini images, labeled here with Roman numerals. The spectrograph pinpointed the locations of individual gas streams in the plume in a stellar occultation –the technique involves measuring the light of a star (in this case, zeta Orionis), as it passed behind the plume from Cassini’s viewpoint.

The blue line in this projection shows the path of the starlight through the plume, over the south polar region of Enceladus. The instrument looked at the star across this path in the direction indicated by the short blue lines.

Some of the dust jets appear to merge together in stellar occultation data. The dimming of starlight labeled ‘a’ was caused by dust jets V and VII. The dimming of starlight marked as feature ‘b’ may be associated with dust jet I if the jet is not perfectly vertical. Dimming of starlight labeled ‘c’ corresponds to dust jet VI, and ‘d’ is dust jet III, with dust jet II in between. The individual jets come from sources with an area of less than 300 by 300 m - about the size of half a tennis court - probably stretched out rectangularly along the tiger stripes. The new data indicate that the water molecules are blasting off from Enceladus at faster than 600 m/s.