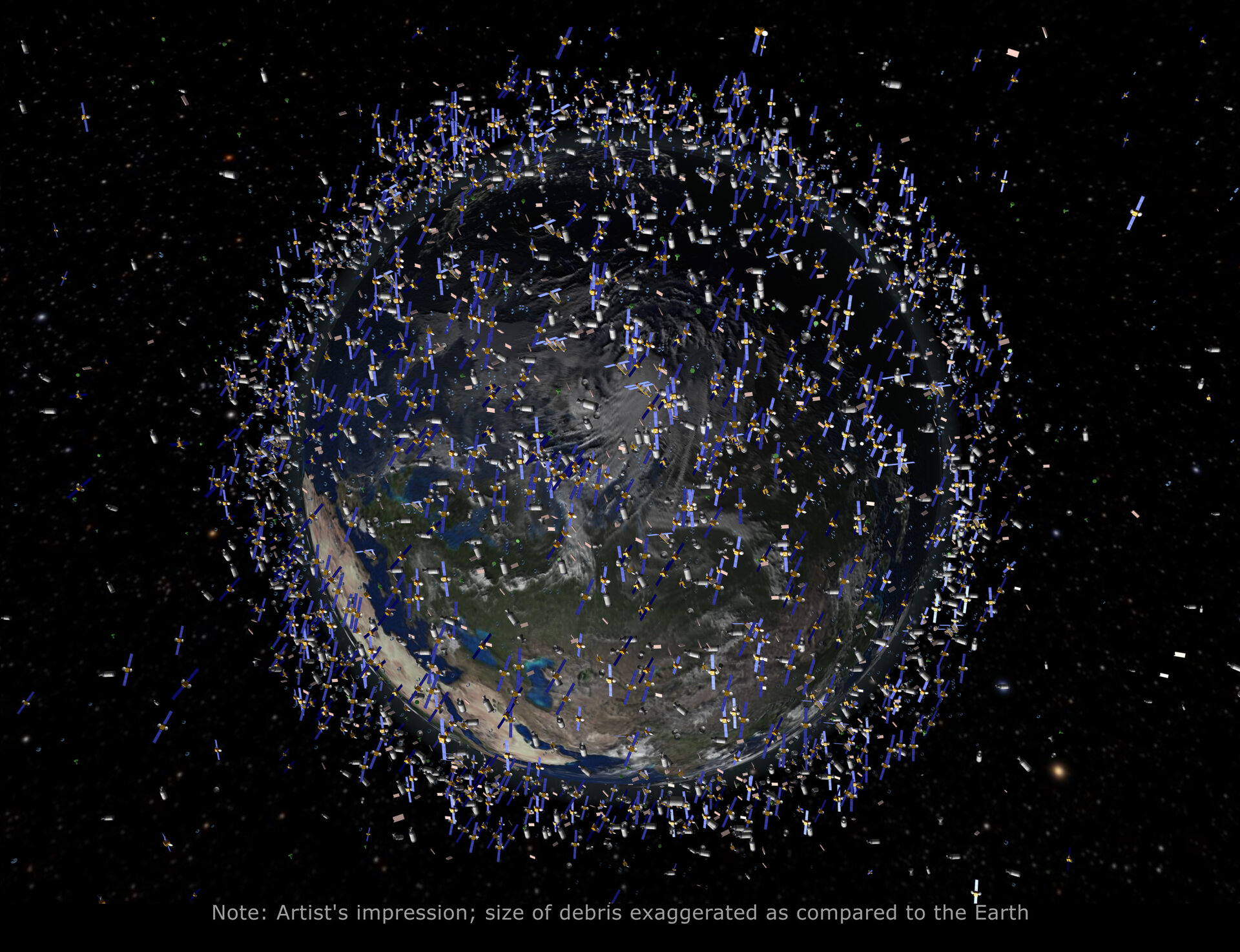 70% of all catalogued objects are in low-Earth orbit (LEO), which extends to 2000 km above the Earth's surface. To observe the Earth, spacecraft must orbit at such a low altitude. The spatial density of objects increases at high latitudes.
Note: The debris field shown in the image is an artist's impression based on actual data. However the image does not show debris items in their actual size or density. Note: The debris objects shown in the images are an artist's impression based on actual density data. However, the debris objects are shown at an exaggerated size to make them visible at the scale shown.