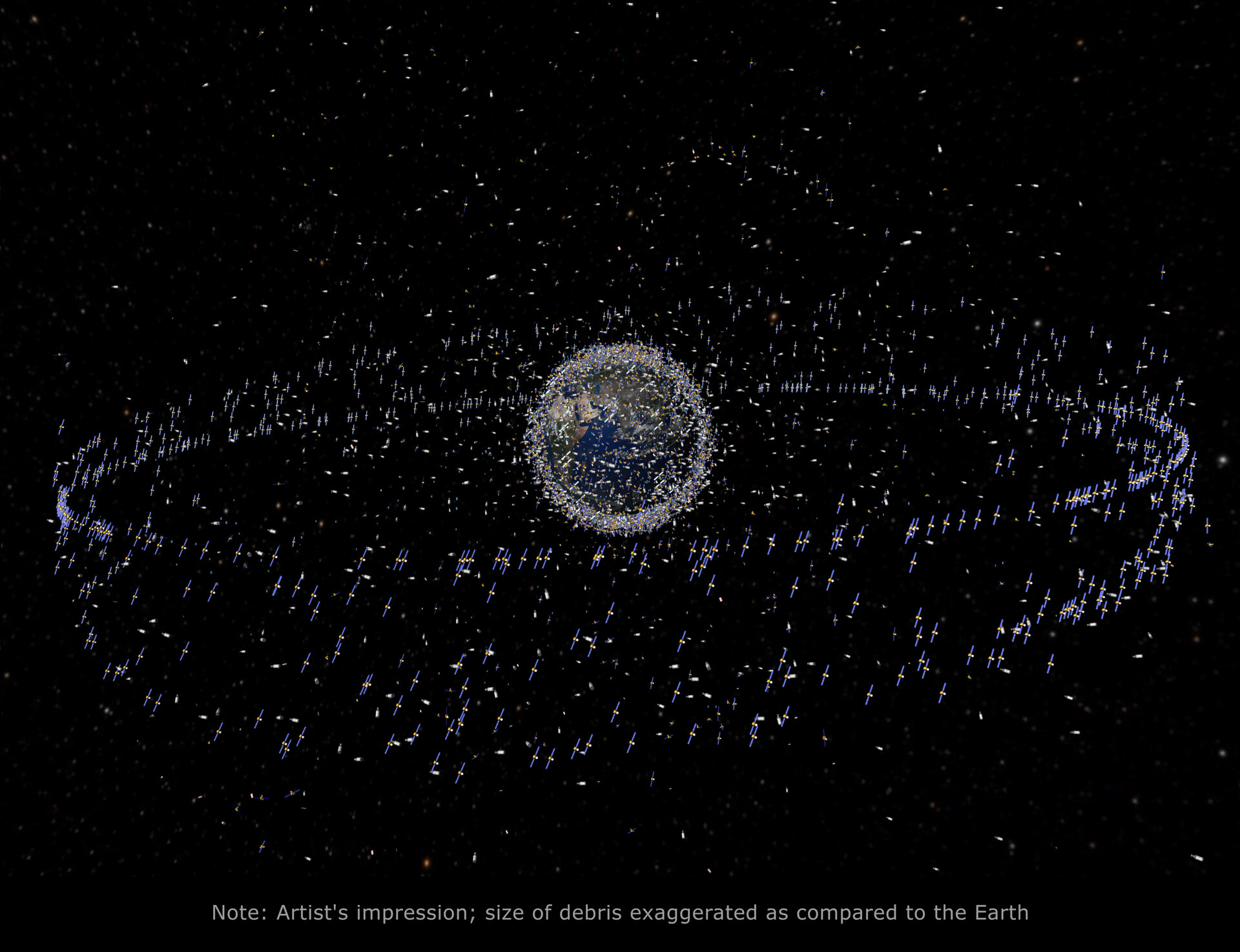 Trackable objects in orbit around Earth

The launch of the first artificial satellite by the Soviet Union in 1957 marked the beginning of the utilization of space for science and commercial activity. During the Cold War, space was a prime area of competition between the USSR and USA, reaching its climax with the race to the Moon in the 1960s. In 1964 the first TV satellite was launched into a geostationary orbit in order to transmit the Olympic games from Tokyo. Later, Russian launch activities declined while other nations set up their own space programs. Thus, the number of objects in Earth orbit has increased steadily - by two hundred per year on average. Today, the number of catalogued objects is approx. 12,500. Note: The debris objects shown in the images are an artist's impression based on actual density data. However, the debris objects are shown at an exaggerated size to make them visible at the scale shown.