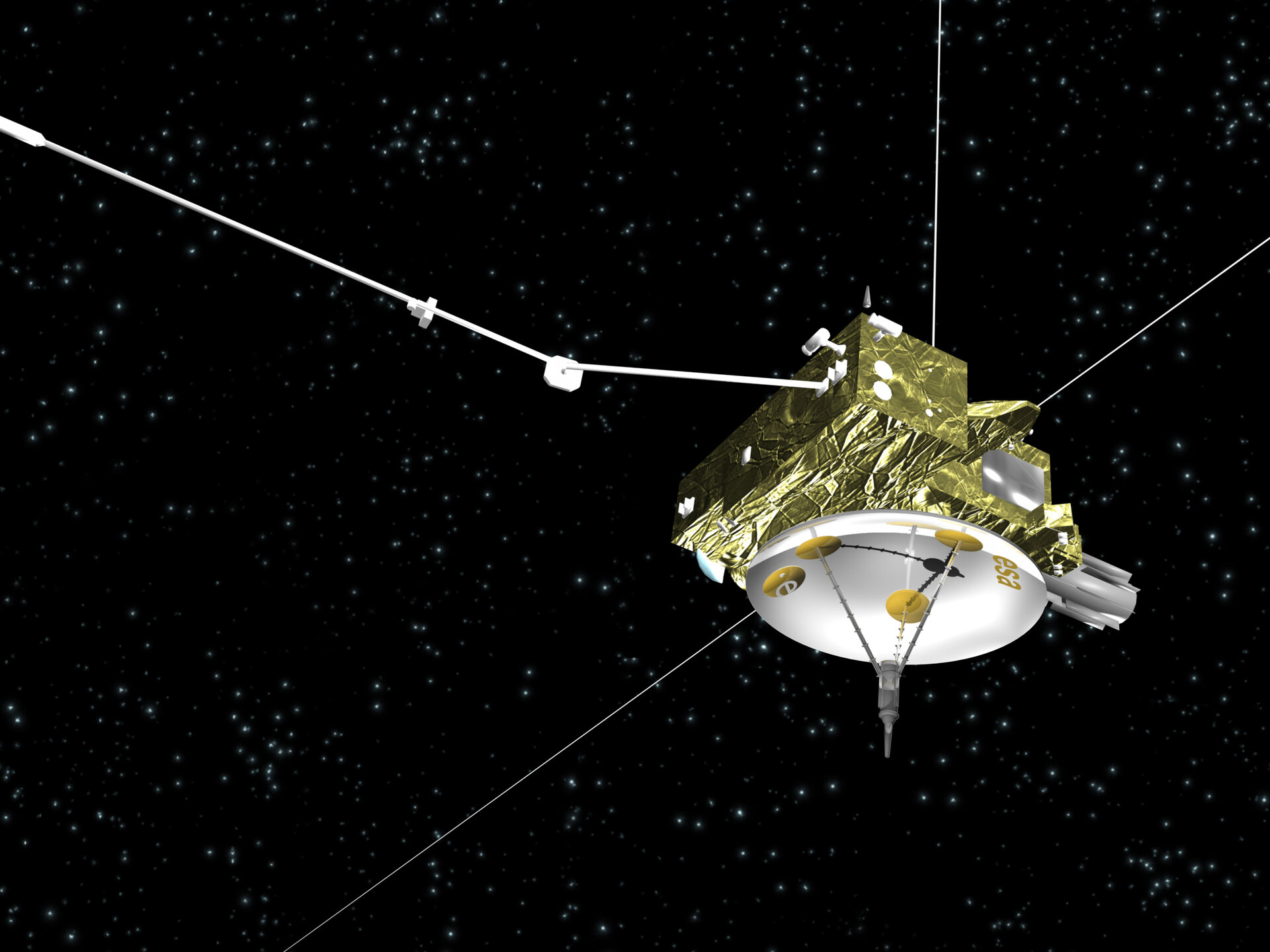 At such distances, solar power could not provide enough electricity so a Radioisotope Thermoelectric Generator (RTG) was provided. A large antenna (1.65-m diameter) was necessary to communicate with Earth from large distances. The thermal design had to accommodate the widely-varying temperatures during the mission. The electronics were hardened to withstand the strong radiation in the vicinity of Jupiter during the close fly-by in 1992.

ESA provided the spacecraft, built by Astrium GmbH, Friedrichshafen, Germany (formerly Dornier Systems). NASA provided the Space Shuttle for launch, the inertial upper stage and the payload assist module to put Ulysses into its correct orbit. NASA also provided the RTG to power the craft and its payload.

ESA’s European Space Research and Technology Centre (ESTEC) and European Space Operations Centre (ESOC) have been managing the mission in coordination with NASA’s Jet Propulsion Laboratory (JPL). Ulysses has been tracked by NASA’s Deep Space Network. A joint ESA/NASA team at JPL has overseen spacecraft operations and data management. Teams from universities and research institutes in Europe and the United States provided the 10 instruments onboard.