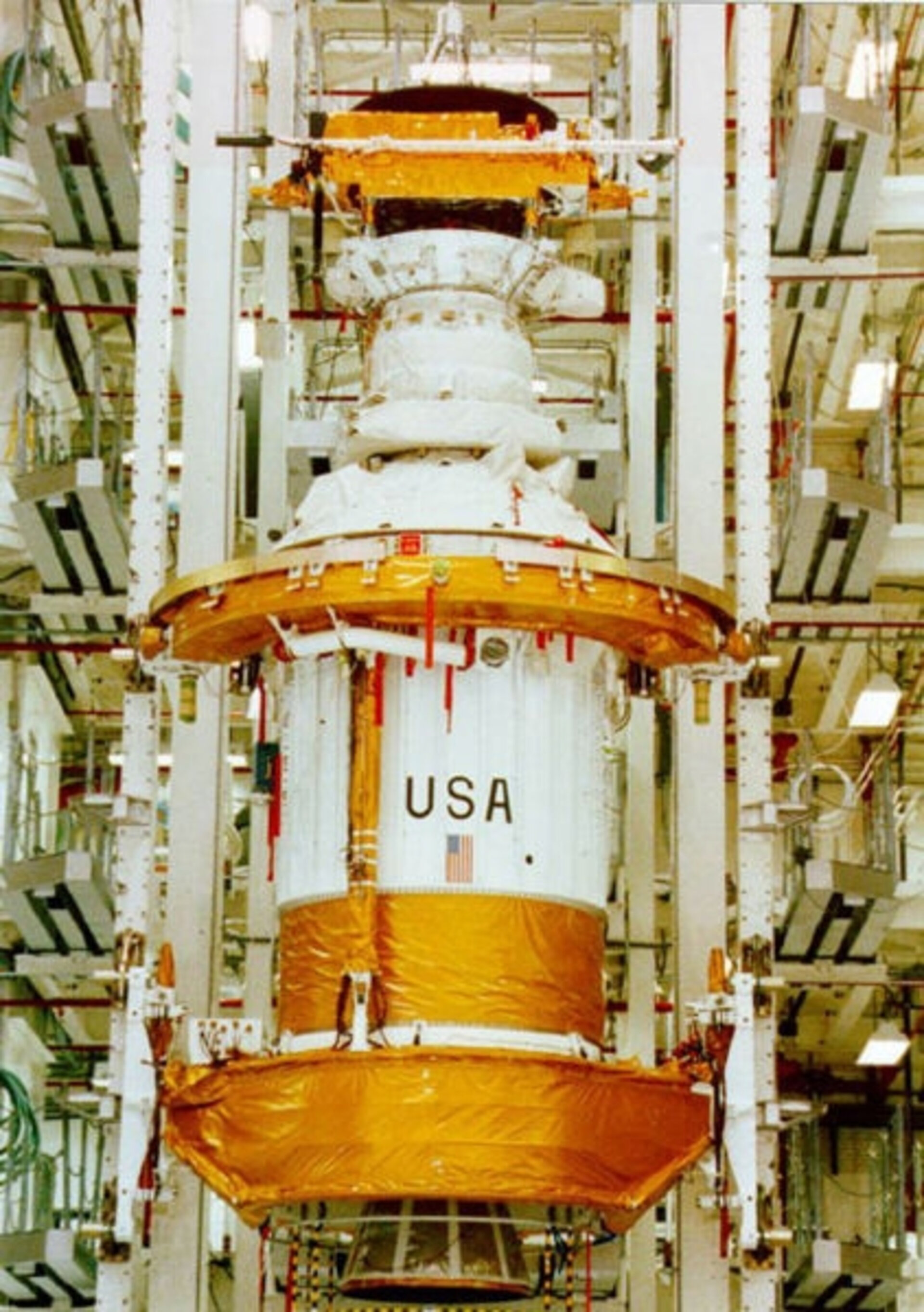 Ulysses was launched on 6 October 1990 at 12:47:15 CET, from Kennedy Space Center, Florida, USA, aboard Space Shuttle Discovery. It was first placed in a low-Earth orbit after which two propulsion modules injected it into an interplanetary orbit. Sixteen months later, on 8 February 1992, having travelled nearly a thousand million km, Ulysses reached Jupiter where a gravity-assist manoeuvre swung the craft into its unique solar orbit that took it over the Sun’s poles.