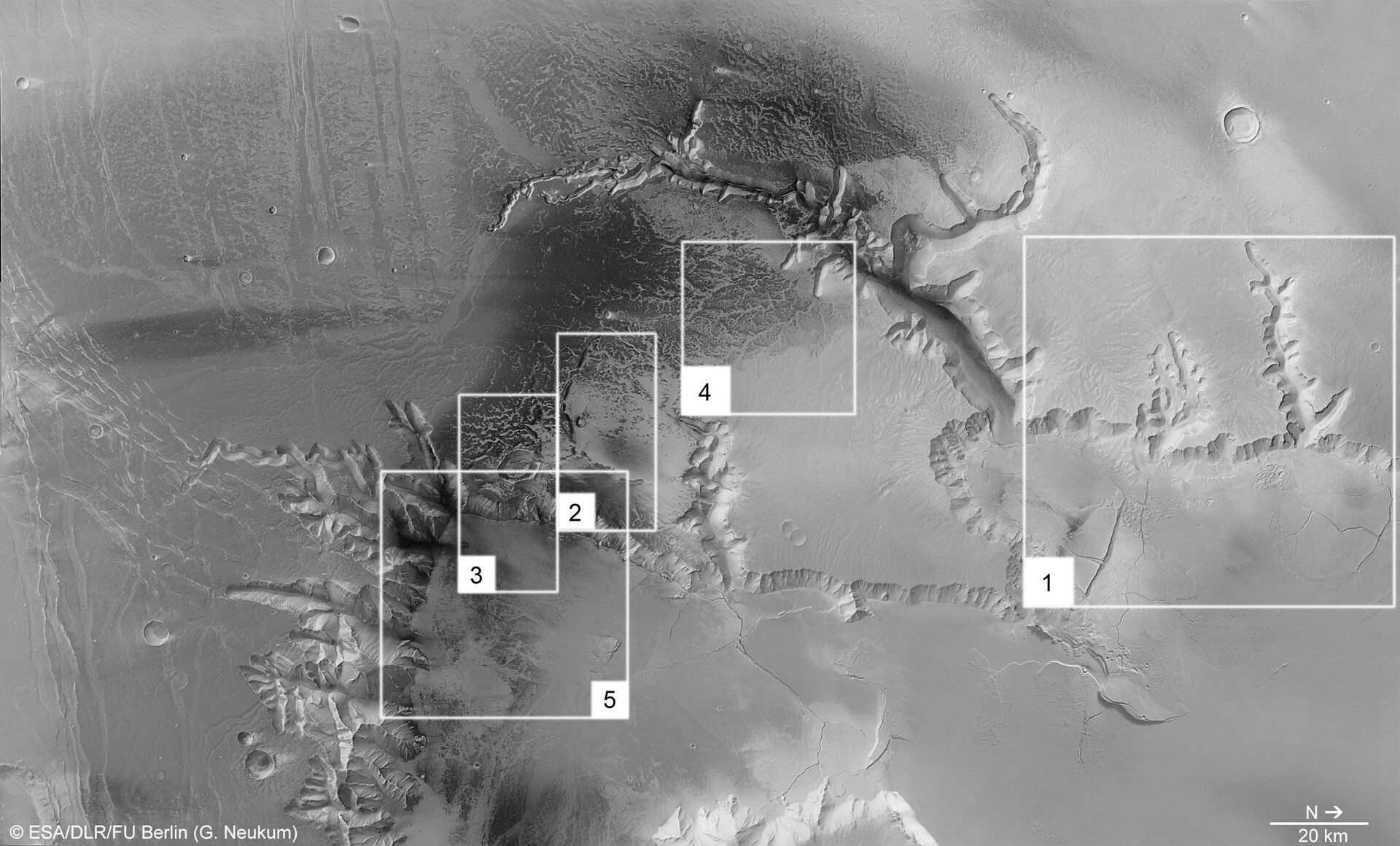 The images show valleys that are about 10 km long and 1000 m deep (1). The main valley, Kasei Valles, is about 4 km in depth. The smaller valleys, also called sapping canyons, originate from the discharge of groundwater.

A prominent, sickle-shaped (about 25 km-long) dike is visible in the centre of the image (2). Dikes form when magma rises up through fissures in the overlying rock or penetrates existing rock layers. This indicates that the region must have been volcanically active in the past. The magmatic rock is usually quite resistant to weathering and is able to endure erosion.

Two impact craters with a diameter of approximately 8 km are located south-east of the dike (3). The eastern crater was partly eroded as the valley formed. A large portion of the crater collapsed into the valley and its debris was removed.

The dark material shows a network of light-coloured, incised valleys (4) that look similar to drainage networks known on Earth. It is still debated whether the valleys originate from precipitation, groundwater springs or liquid or magma flows on the surface.

An impressive cliff, up to 4000 m high, is located in the eastern part of Echus Chasma(5). Gigantic water falls may once have plunged over these cliffs on to the valley floor. The remarkably smooth valley floor was later flooded by basaltic lava.