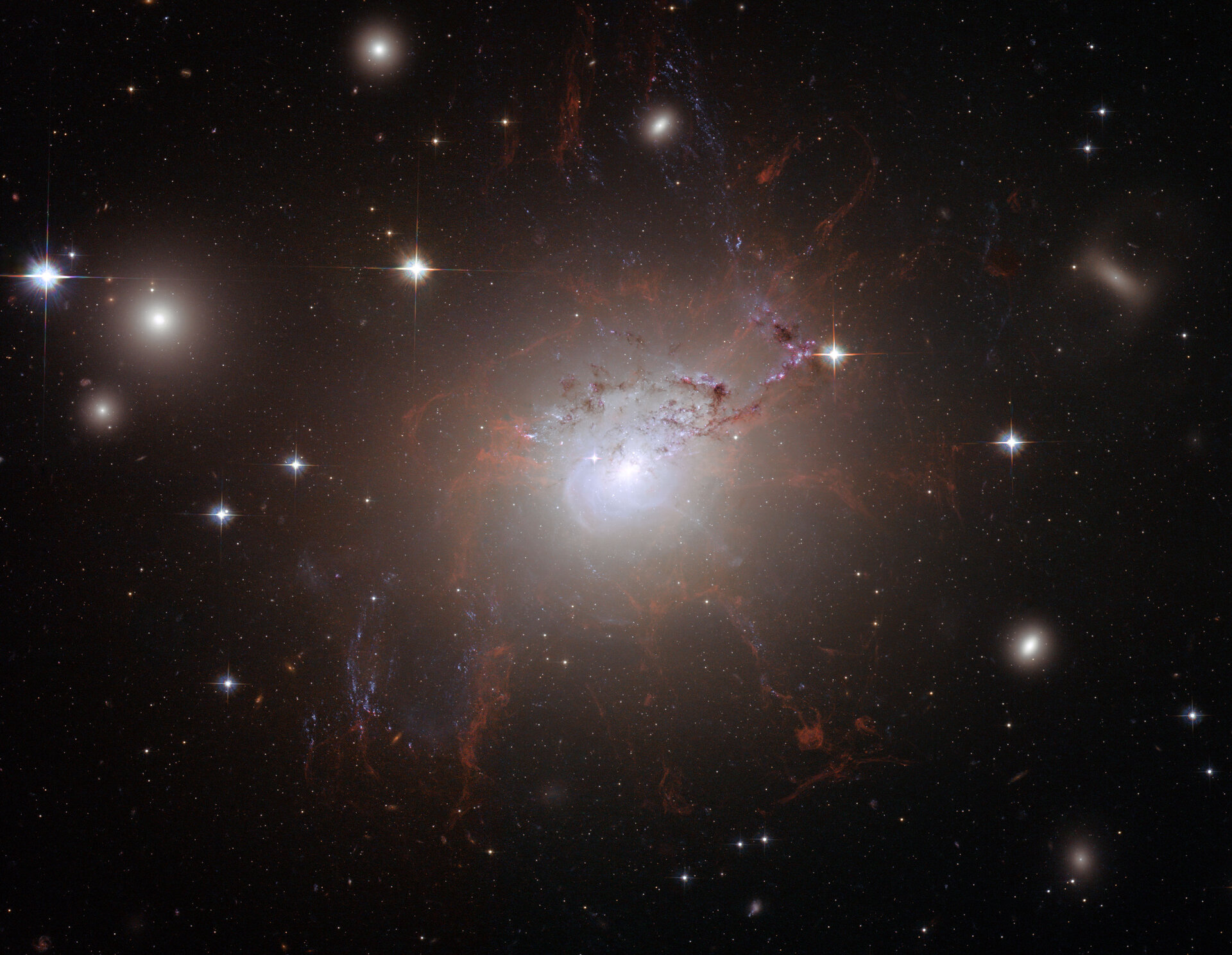 Magnetic monster in erupting galaxy as seen by Hubble

This stunning image of the giant, active galaxy NGC 1275 was taken using the NASA/ESA Hubble Space Telescope’s Advanced Camera for Surveys in July and August 2006. It provides amazing detail and resolution of fragile filamentary structures, which show up as a reddish lacy structure surrounding the central bright galaxy. These filaments are cool despite being surrounded by gas that is around 55 million °C. They are suspended in a magnetic field which maintains their structure and demonstrates how energy from the supermassive black hole hosted at the centre of the galaxy is transferred to the surrounding gas.

By observing the filamentary structure, astronomers were, for the first time, able to estimate the magnetic field’s strength. Using this information they demonstrated how the extragalactic magnetic fields have maintained the structure of the filaments against collapse caused by either gravitational forces or the violence of the surrounding cluster during their 100-million-year lifetime.
The entire image is approximately 260 000 light-years across.