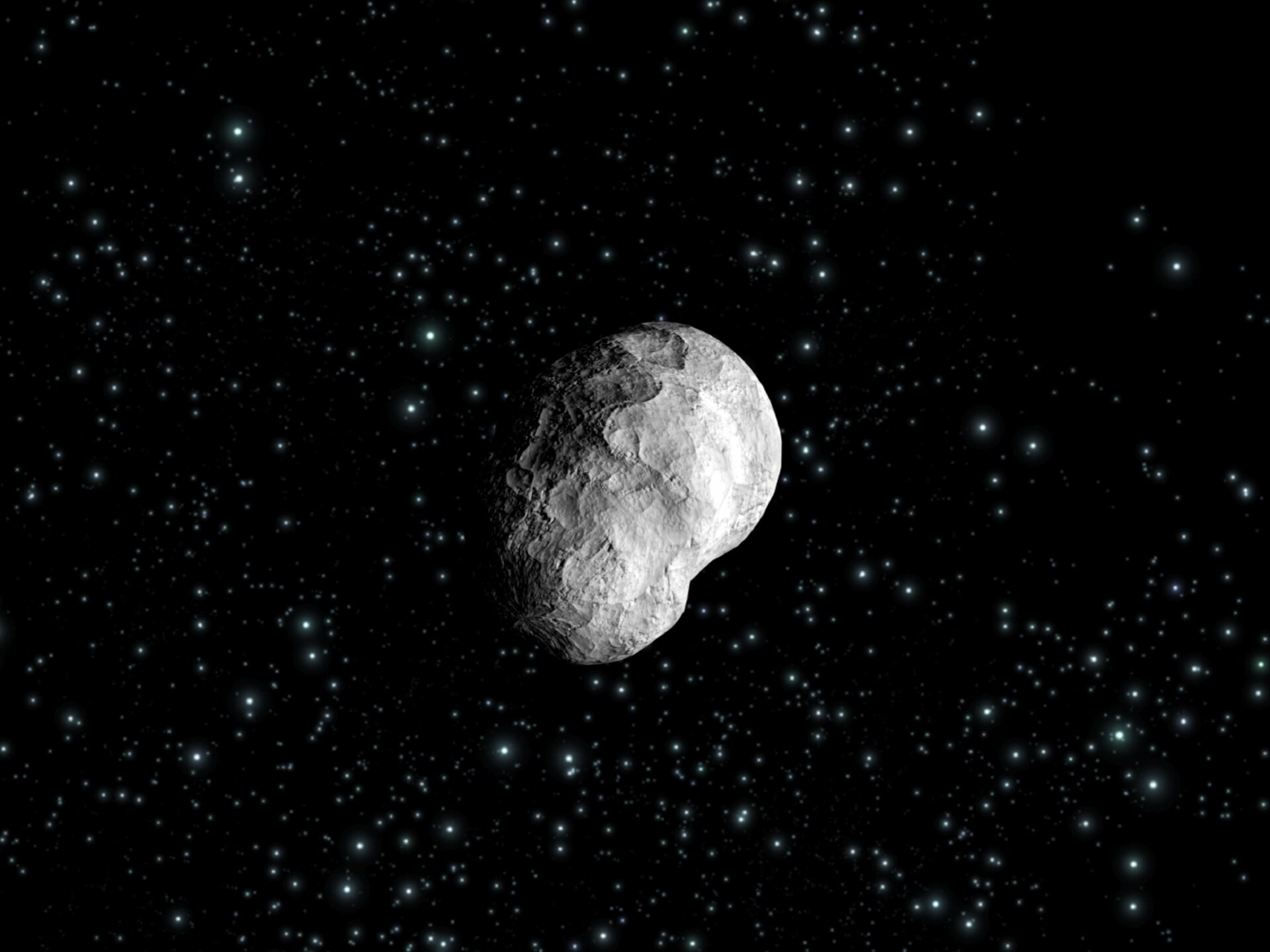 An artist’s impression of asteroid (2867) Steins, which will be encountered by ESA’s Rosetta on 5 September 2008 at a distance of 800 km, while the spacecraft was on its way to Comet 67P/Churyumov-Gerasimenko.

Steins, the first nominal scientific target of Rosetta, is known to be a relatively rare type of asteroid (E-type) about 5 km across, but its properties were not yet known in detail before Rosetta’s encounter. Rosetta pre-imaged Steins on 10 March 2006 from a large distance, and obtained a few preliminary data about rotation and shape of the asteroid. The Steins fly-by campaign in 2008 is intended to provide a detailed description of this body and of its near environment from a closer distance.