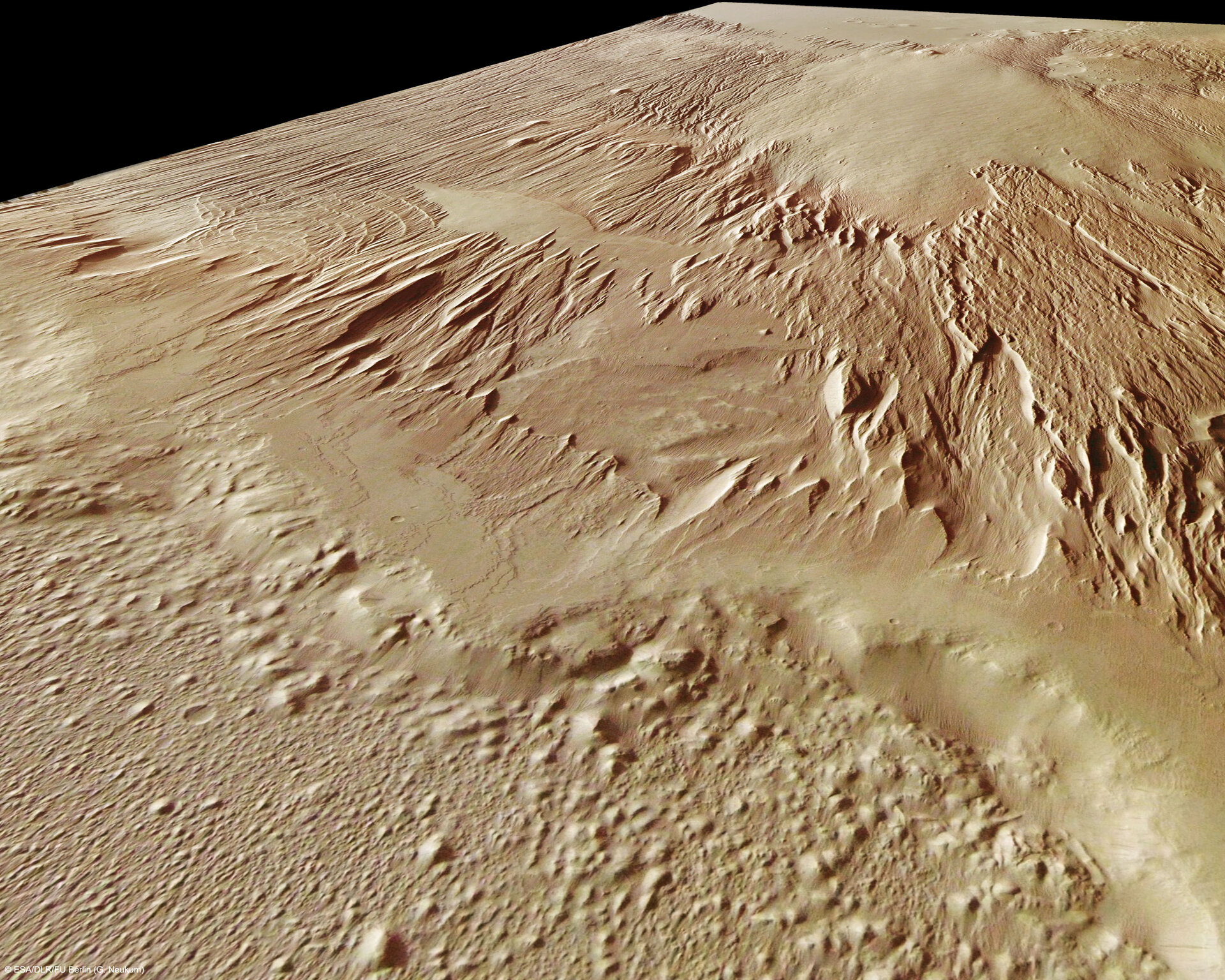 The region is dominated by features carved in sedimentary rocks created by the erosional action of the wind. The wind transports loose material, such as sand, and erodes the soft sedimentary rocks along existing structures like gaps, fault lines or incisions, removing the material.