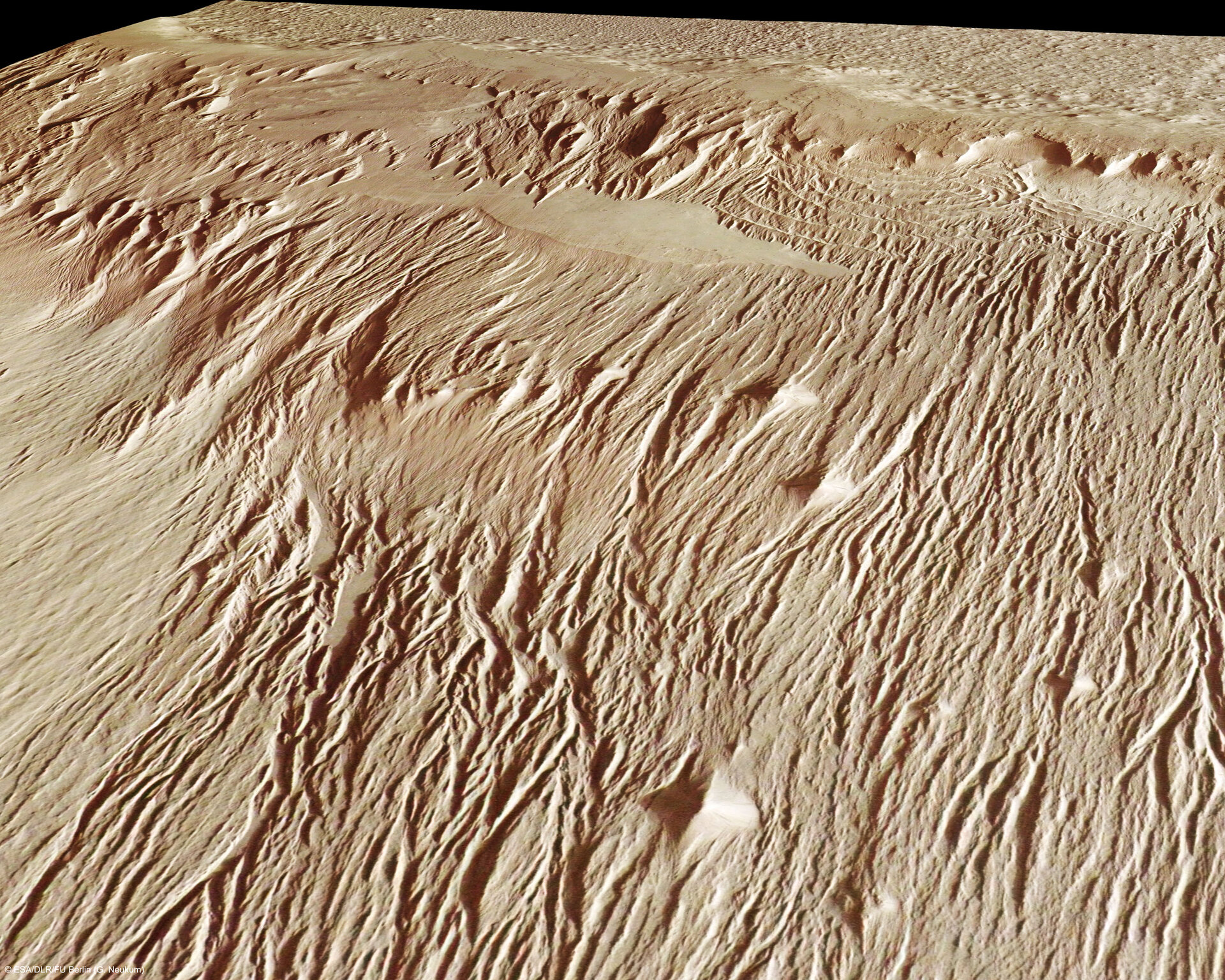 The region is dominated by features carved in sedimentary rocks created by the erosional action of the wind. The wind transports loose material, such as sand, and erodes the soft sedimentary rocks along existing structures like gaps, fault lines or incisions, removing the material.

Smaller mounds in the image centre have been eroded and look pyramid-shaped. In the imaged area, most of these features are oriented from north to south. Such preferential orientation develops in areas where the wind direction remains the same.