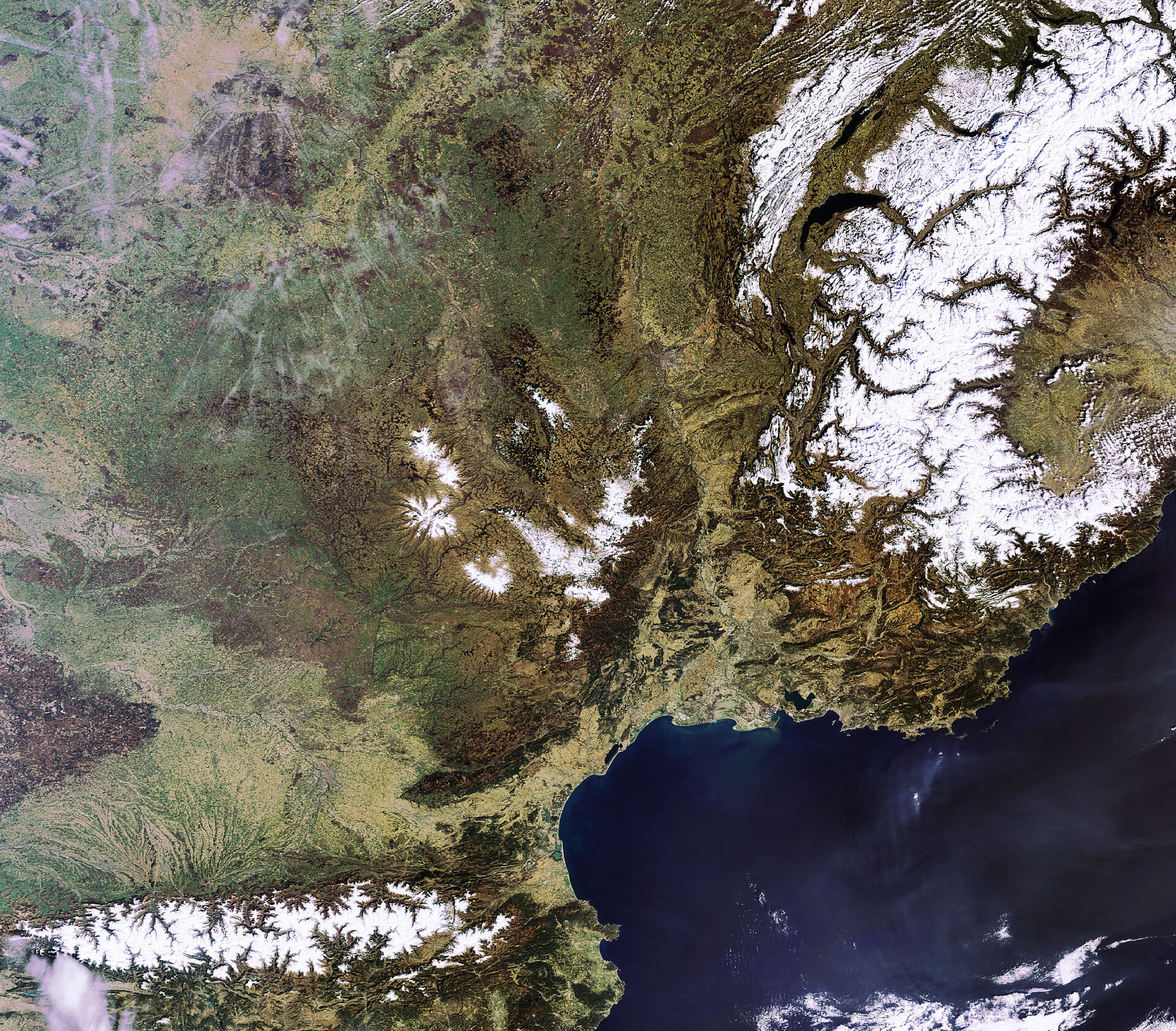 This image, acquired by Envisat's Medium Resolution Imaging Spectrometer (MERIS) instrument on 16 March 2009, highlights a cloud-free southern Europe, with Spain (lower left), France (centre), Switzerland (upper right) and Italy (lower right) all visible. Four mountain chains are clearly distinguishable in the image owing to their snow-capped tips – the Alps, Jura, Pyrenees and Massif Central. The western portion of the Alps is visible (bottom right) on the border of France and Italy. The Jura Mountains, northwest of the Alps, are also snow covered. The Pyrenees (bottom left) form the natural border between France and Spain (with the country of Andorra in between). Massif Central (centre, northeast of Pyrenees) is France’s third largest mountain range after the Alps and Pyrenees.