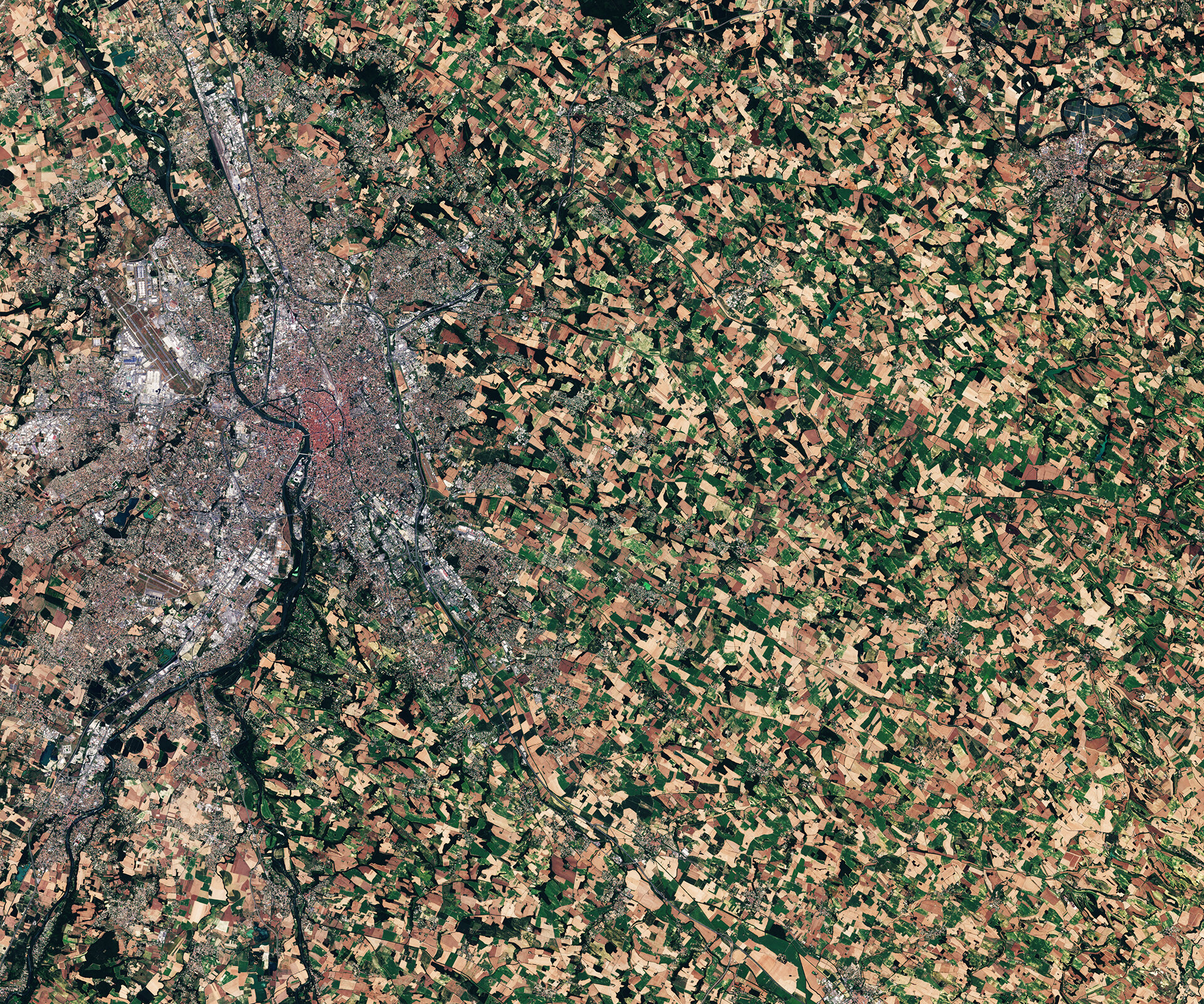 The Copernicus Sentinel-2A satellite takes us over Toulouse in southern France and the surrounding agricultural landscape.

Positioned on the banks of the River Garonne, the city is France’s fourth largest. It is nicknamed the Ville Rose – pink city – owing to the colour of the terracotta bricks commonly used in the local architecture. Even from space, the pinkish tint from the terracotta roof tiles is evident.

In the upper left we can see the runways of the Toulouse-Blagnac airport. The air route to the Paris Orly airport is one of the busiest in Europe.

Fields blanketing the countryside dominate the image. In fact, France is the EU’s leading agricultural power and is home to about a third of all agricultural land within the EU. While agriculture brings benefits for economy and food security, it puts the environment under pressure. Satellites can help to map and monitor land use, and the information they provide can be used to improve agricultural practices.

This image, also featured on the Earth from Space video programme, was captured on 10 July 2017 by Sentinel-2’s multispectral camera. Sentinel-2 is designed to provide images that can be used to distinguish between different crop types as well as data on numerous plant indices, such as leaf area, leaf chlorophyll and leaf water – all essential to monitor plant growth accurately.