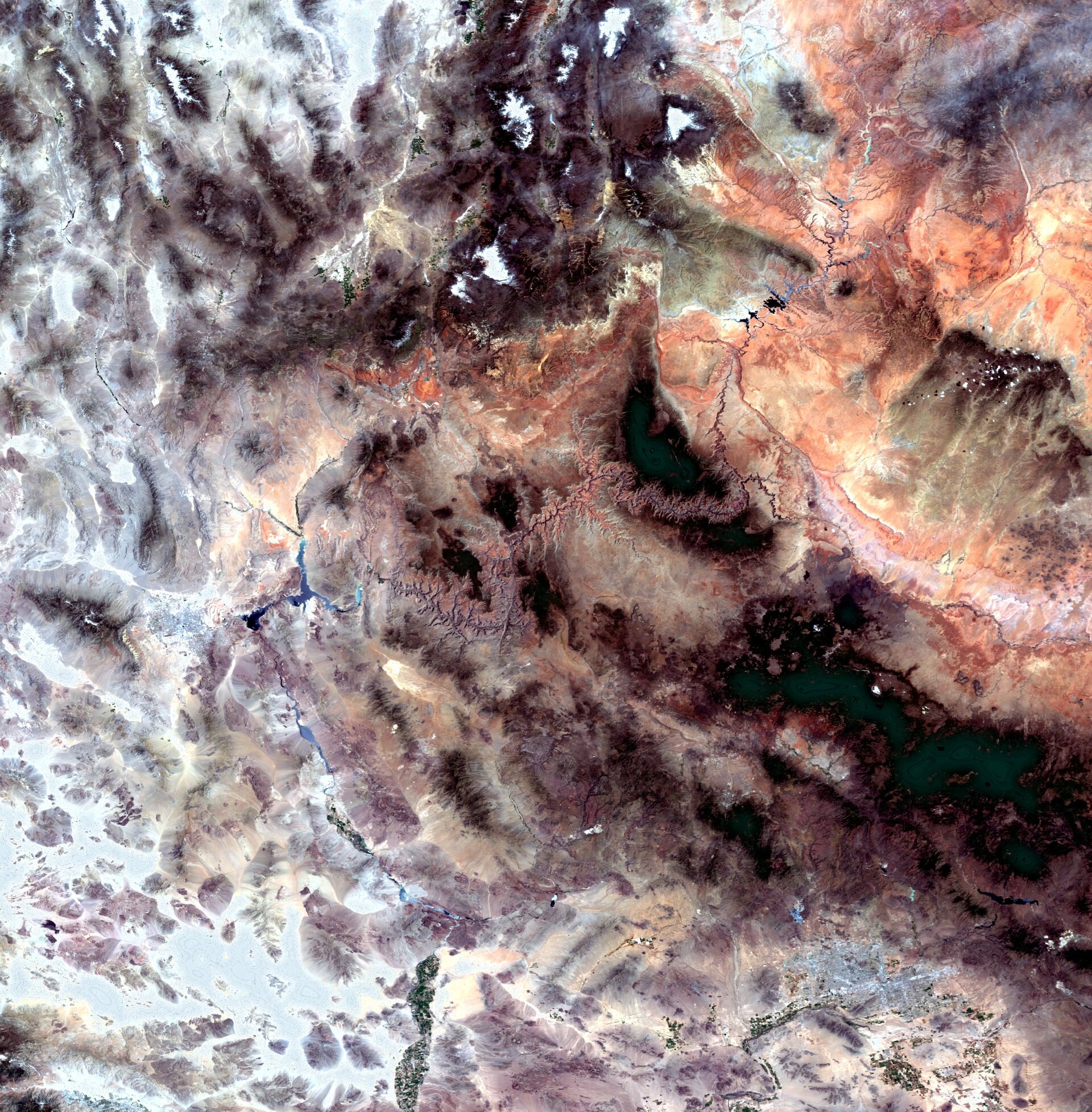 The Grand Canyon, one of the seven natural wonders of the world, is featured in this Envisat image. The canyon (the rock-like formation stretching across the centre of the image in hues of pink, violet and gray), is located in the US state of Arizona.

Although a number of processes combined to create the Grand Canyon, it was formed primarily by the eroding action of the Colorado River that began about six million years ago. Other contributing factors include vulcanism, continental drift and the semiarid climate.

As water erosion sculpted this majestic showplace, it revealed layers and layers of exposed rocks that provide us with a profound record of geologic events. As some of Earth’s oldest rock lies at the bottom of the canyon, it is said to be 1800 m and a billion years deep. It is about 443 km long and 8 to 29 km wide.

For thousands of years, Native American tribes inhabited the canyon. Many of their descendants, such as the Havasupai and Hualapai, continue to live in the region.

This image was acquired by Envisat's Medium Resolution Imaging Spectrometer (MERIS) instrument on 10 May 2009, working in Full Resolution mode to provide a spatial resolution of 300 m.