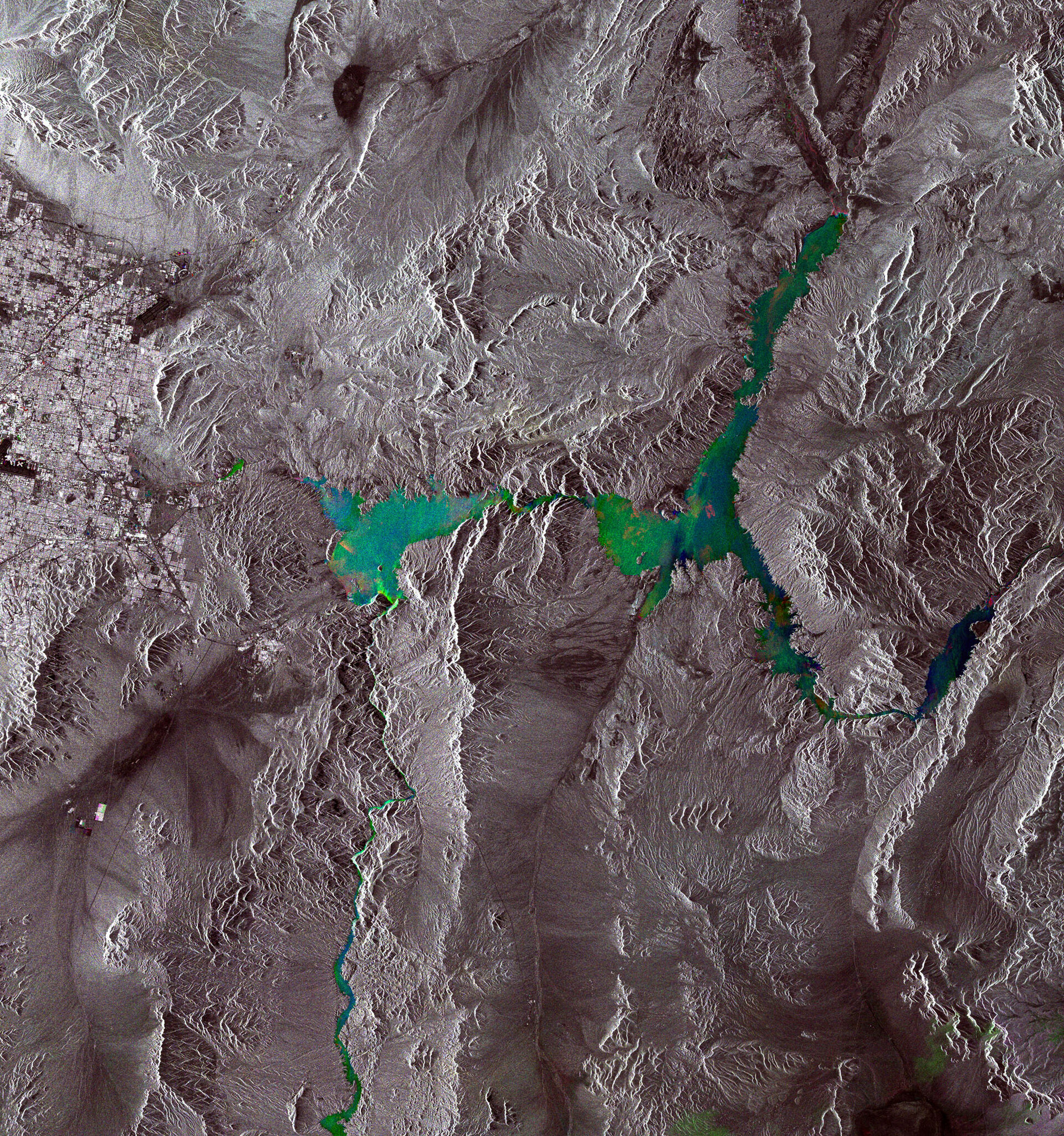 This Envisat image features the manmade Lake Mead, located east of Las Vegas (visible) and west of the Grand Canyon along the border of the US states of Arizona (bottom, east of river) and Nevada (the rest).

The 20th century was the great age of dam building, which did more to change the face of our planet than any other single human activity. Lake Mead was established in the early 1930s by the construction of the Hoover Dam on the Colorado River (bottom).

The Hoover Dam (green area between the lake and river) was one of the first of some 45 000 major dams to be constructed on rivers worldwide. It controls the flow of the Colorado, irrigates farmlands and supplies hydroelectric power and dependable water to people in the southwestern US and northern Mexico.

Its reservoir, Lake Mead, is one of the largest in the world, with a surface area of 593 sq km. However, an 11-year drought and increased water consumption due to population growth have resulted in a decline in its water levels. This month, it fell to its lowest point (330 m above sea level) since it was filled 75 years ago.

With some 90% of southernNevada’s water coming from the lake, authorities are watching its levels closely. If the water level dips to 327 m, a shortage will be declared and a set of rationing measures will be implemented.

This image was created by combining three Envisat radar acquisitions (15 May, 19 June and 24 July 2010) over the same area. The colours result from changes in the surface that occurred between acquisitions.