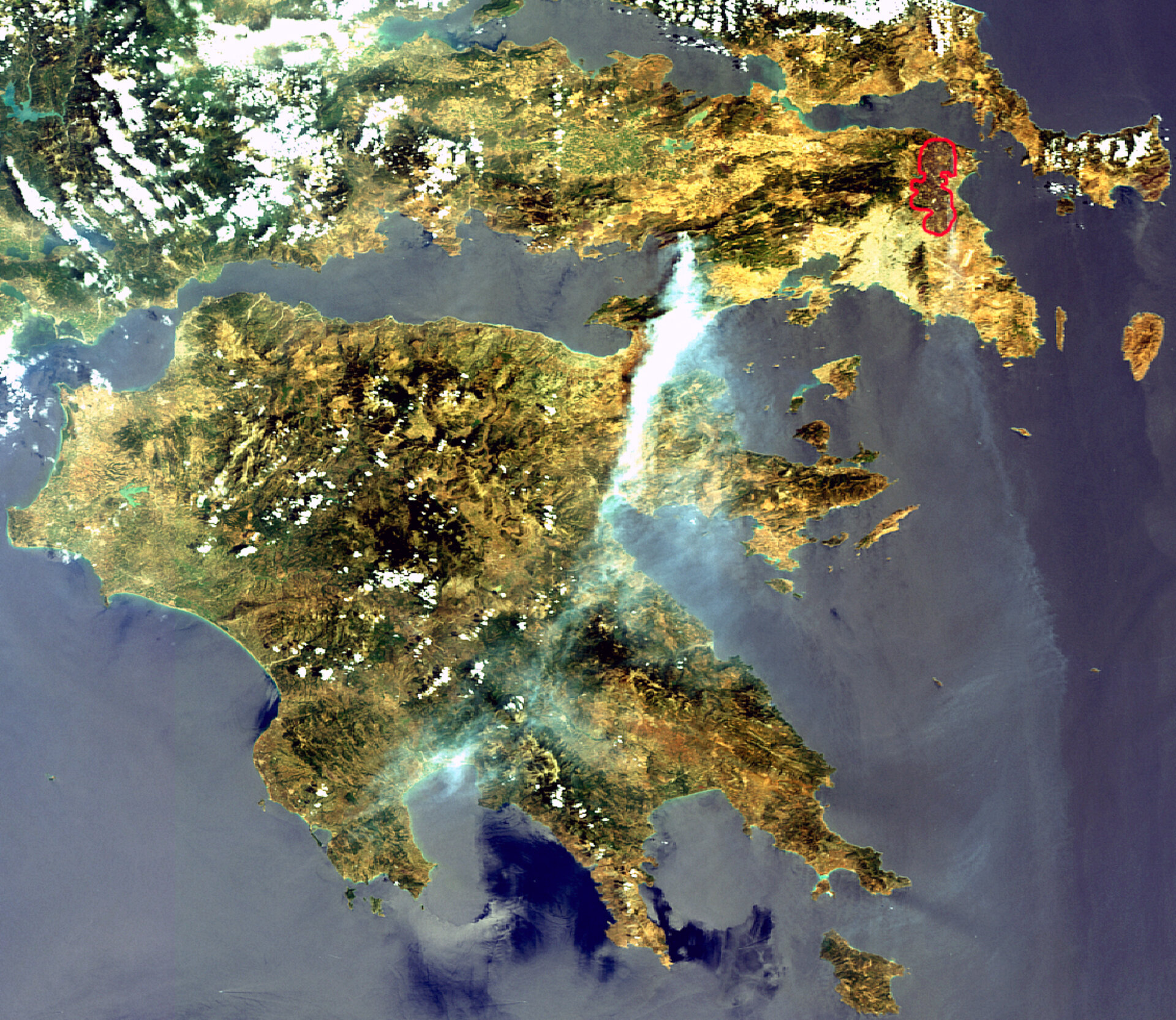 Extent of burned areas on 24 August

Envisat’s Medium Resolution Imaging Spectrometer (MERIS) acquired this image of Greece on 24 August 2009 at 09:14 UTC (12:14 Greece local time). A new large smoke plume is visible west of Athens, pushed southerly by strong winds. Some light smoke is also visible south of Athens and originates from the area which was under threat in previous days. The burned areas appear in dark and have been highlighted by a red line. Images from satellites with a higher spatial resolution will be used in the coming days to provide a precise estimate of the extent of the burned areas.