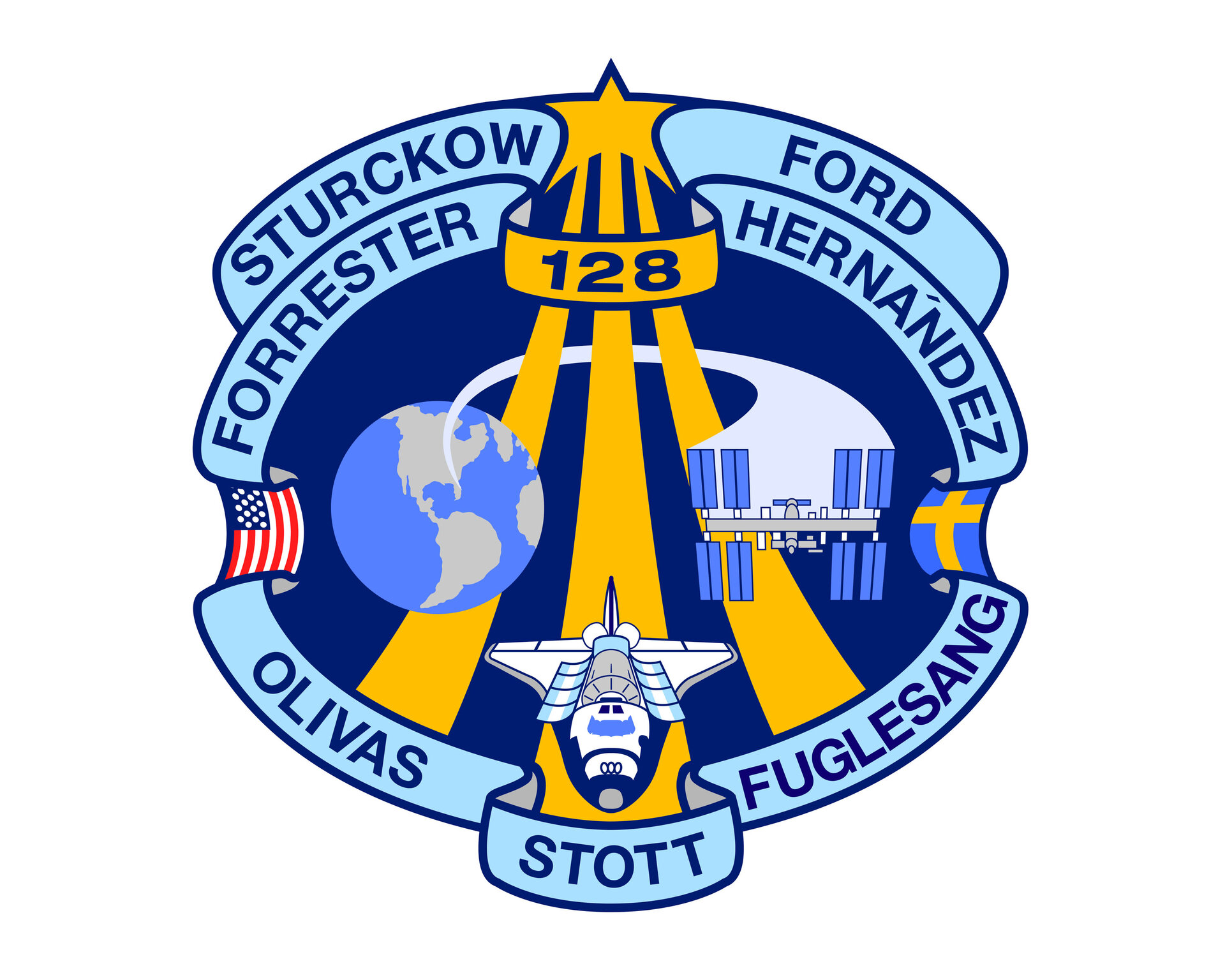 STS-128 (ISS assembly flight 17A) carried the Multipurpose Logistics Module 'Leonardo' as the primary payload. Three spacewalks were carried out during the mission, which removed and replaced a materials processing experiment outside ESA's Columbus laboratory and returned an empty ammonia tank assembly.

The STS-128 patch was designed by STS-128 Mission Specialist Pat Forrester. He chose an oval-shape wrapped in ribbons that depicted Discovery carrying the 'Leonardo' module. Bathed in blue and yellow, the emblem seemed to also mimic the colours of the Swedish flag. "It wasn't until later on that we kind of looked at it and said 'wow there are a lot of similarities' with these colours," recalled Forrester. "I was just looking for more blues, a lot of the [past] patches weren't blue."

Also on the patch, Earth and the ISS wrap around the NASA Astronaut symbol reminding us of the continuous human presence in space. On the original artwork, the graphic of the ISS had missed off ESA's Columbus laboratory, and those first patches have since became rare collector's items. It was not Forrester's original intention to depict a specific space station configuration when he sketched the concept for the patch, so the station design was selected from art already created.

"By the time we launched, we were on our fourth mission patch because the names changed," Forrester described. "I think the [Astronaut] Office realised that we can't keep printing a thousand patches and then change them three times during the training flow."

The astronauts received the Columbus-amended patches a few weeks before the launch. "I believe that all the patches we will be wearing will have Columbus!" Forrester said.