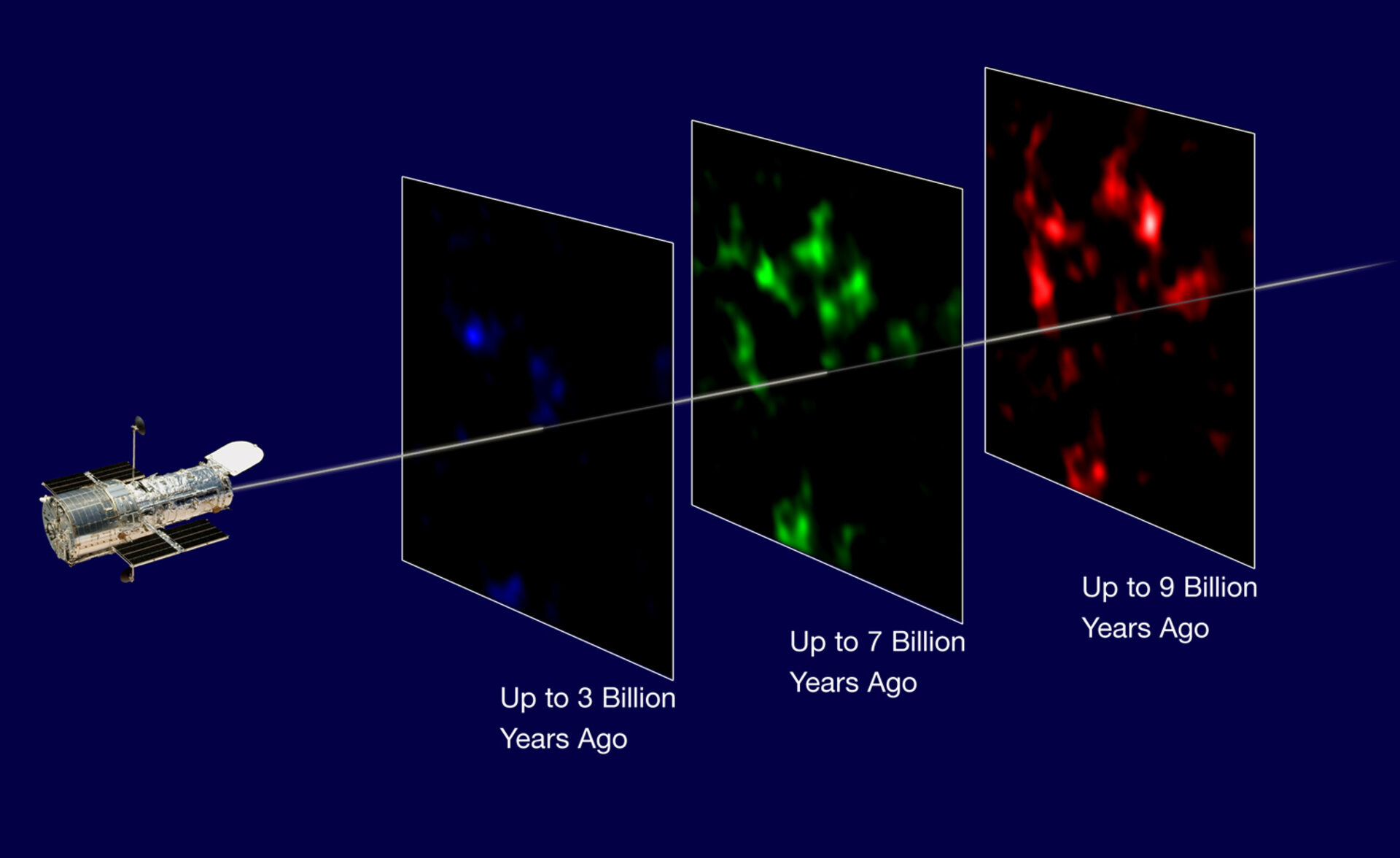 Mapping the evolution of matter in the Universe

The NASA/ESA Hubble Space Telescope looks back in time to ‘map’ the evolution of dark matter. The dataset is created by splitting the background source galaxy population into discrete epochs of time, like cutting through geological strata. This is calibrated by measuring the cosmological redshift of the lensing galaxies used to map the dark matter distribution and putting them into different time and distance ‘slices’.

The projected mass distributions inferred from the low, intermediate and high redshift galaxies are shown in blue, green and red, respectively. Nearby structures may be detected by all subsets (as exemplified by the ‘blob’ appearing on the top left of each panel), while very distant structures can only be detected by even more distant background galaxies, and thus appear in the red map only.

The new study presents the most comprehensive analysis of data from the COSMOS survey. These researchers have, for the first time, used Hubble and the natural ‘weak lenses’ in space to characterise the accelerated expansion of the Universe.