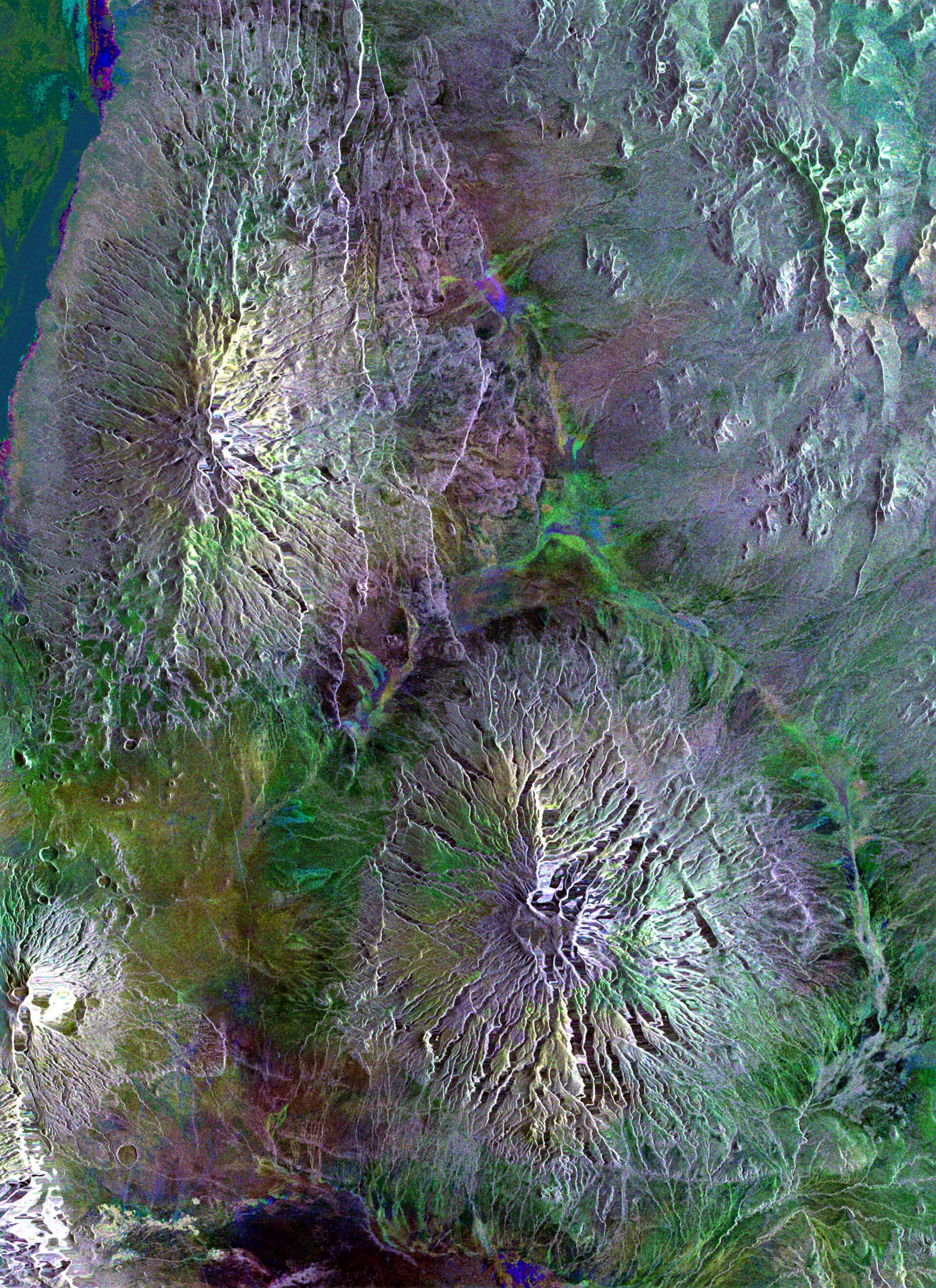 This Envisat radar image captures volcanoes dotted across the landscape in Tanzania, including the distinctive Ol Doinyo Lengai (at lower left), in the Great Rift Valley of East Africa. The Gelai Volcano (2942 m) is visible at the top, and the Kitumbeine Volcano (1770 m) is southeast of Gelai.

Radar images represent surface backscatter rather than reflected light, so there is no colour in a standard radar image. This image was created by combining three Envisat Advanced Synthetic Aperture Radar acquisitions (3 February 2010, 30 December 2009 and 25 November 2009) of the same area. The colours result from changes in the surface between acquisitions.