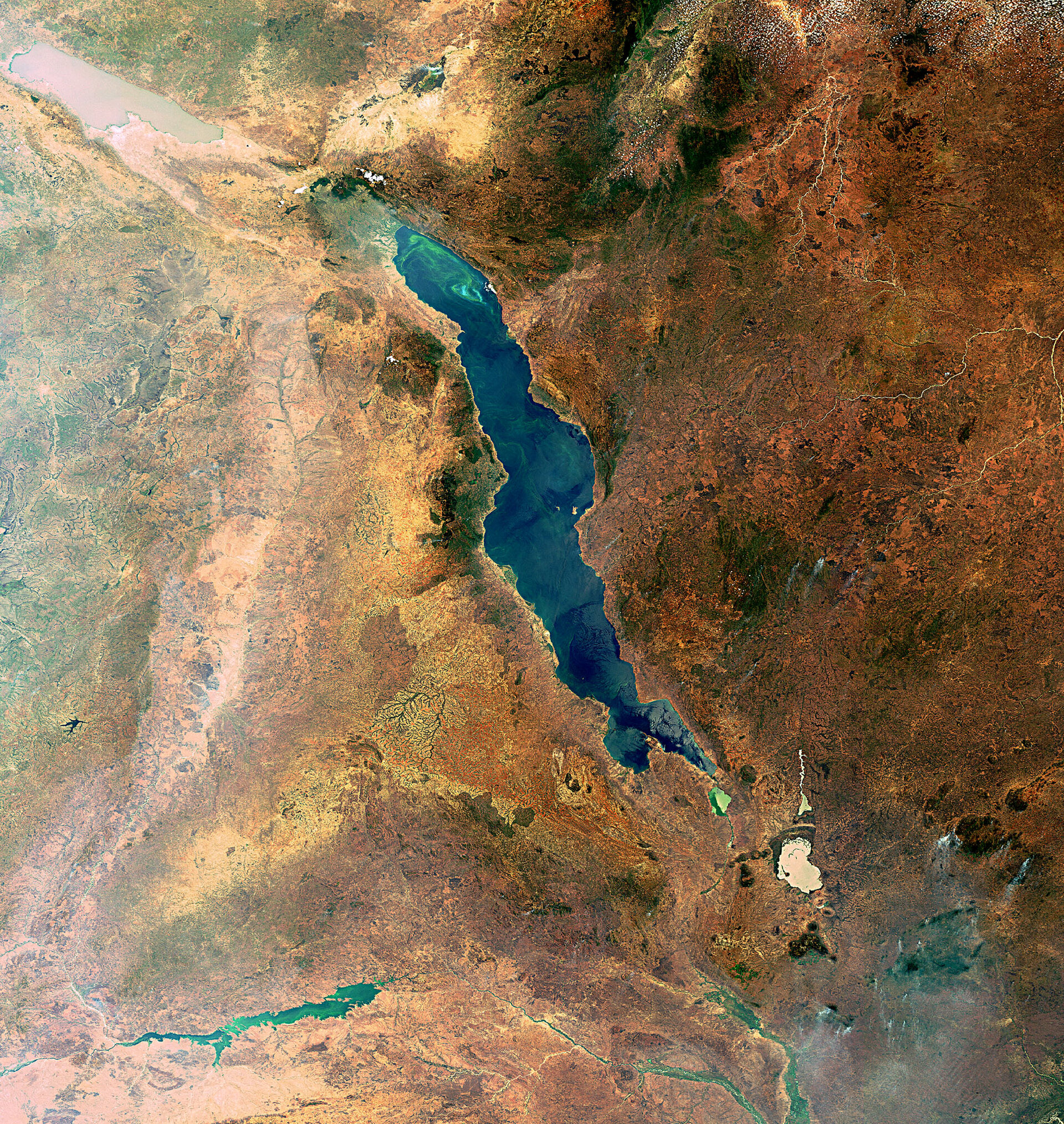 Lake Malawi, also known as Lake Nyasa, is the third largest lake in Africa. It occupies one fifth of Malawi (centre, around the lake’s west and south sides) and creates a natural border between Malawi, Tanzania (upper right) and Mozambique (lower right). Most of the land visible on the left belongs to Zambia.

One of the world’s few ancient lakes, Lake Malawi has a unique uninterrupted history. These deep (750 m), isolated waters have shaped a unique diversity of fish that is popular amongst aquarists.

Lake Malawi National Park (at the southern end of the great expanse of Lake Malawi) was designated a Natural World Heritage Site in 1984, with its importance for the study of evolution being compared to that of the finches of the Galapagos Islands.

This image was acquired by Envisat’s Medium Resolution Imaging Spectrometer on 12 October 2010 at a resolution of 300 m.