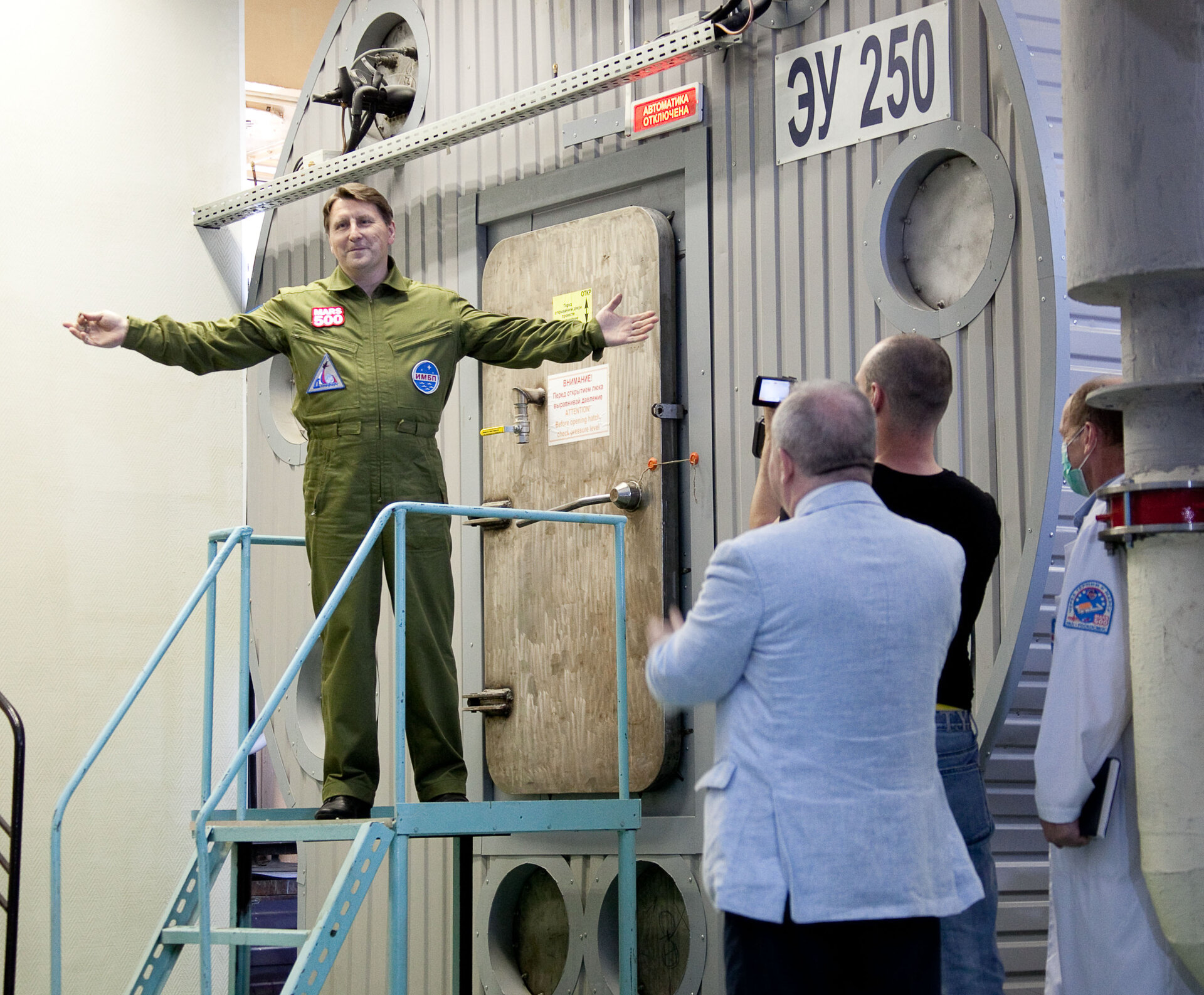 Closing the hatch in June 2010

The 520-day Mars500 simulated mission to the Red Planet began on Thursday 3 June 2010 at the Institute of Biomedical Problems in Moscow, when the crew was locked in the modules that became their home for 17 months. Diego Urbina and Romain Charles from Europe, Sukhrob Kamolov, Alexey Sitev and Alexandr Smoleevskiy from Russia, and Wang Yue from China faced a mission that was as close as possible to a real space voyage.