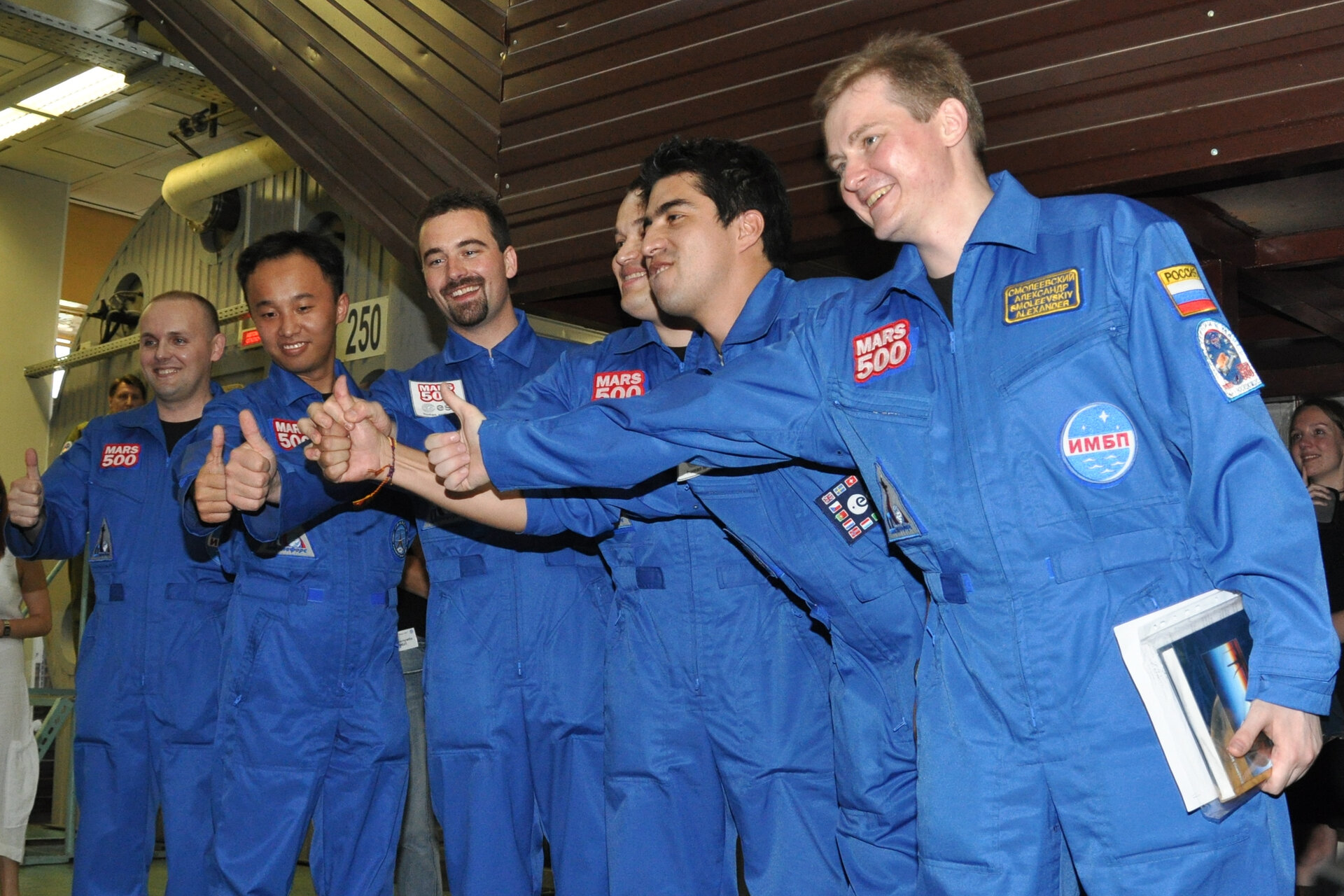 Mars500 crew celebrating prior entry to the modules

The final part of the Mars500, a 520-day isolation study kicked off on Thursday 3 June 2010 at the Institute of Biomedical Problems in Moscow, when the crew was locked in the modules that will be their home for next almost 18 months. Diego Urbina and Romain Charles from Europe, Sukhrob Kamolov, Alexey Sitev, Alexandr Smoleevskiy and Mikhail Sinelnikov from Russia and Wang Yue from China face a mission that is as close as possible to a real space voyage.