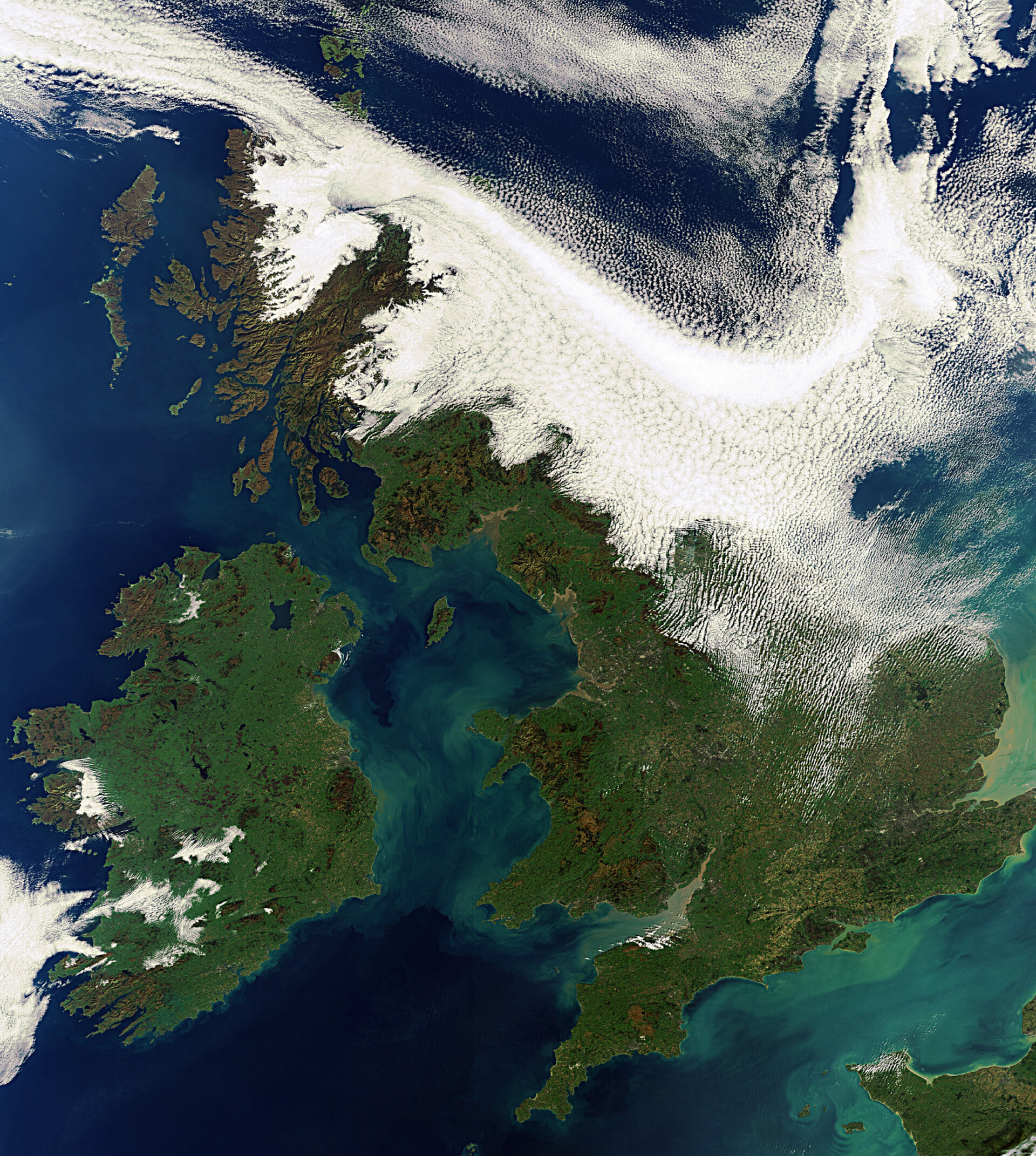 The varied landscapes of the island nations of Great Britain (right) and Ireland (left) are featured in this Envisat image. Within Great Britain, the sprawling rugged Scottish coastline (north) stands in contrast to the green plains of southern England (central and southern two-thirds). The island boasts mountainous landscapes, as seen in Scotland, England (mostly cloud covered) and Wales (peninsula, west of England). This image was acquired by Envisat’s Medium Resolution Imaging Spectrometer on 11 October 2010 at a resolution of 300 m.