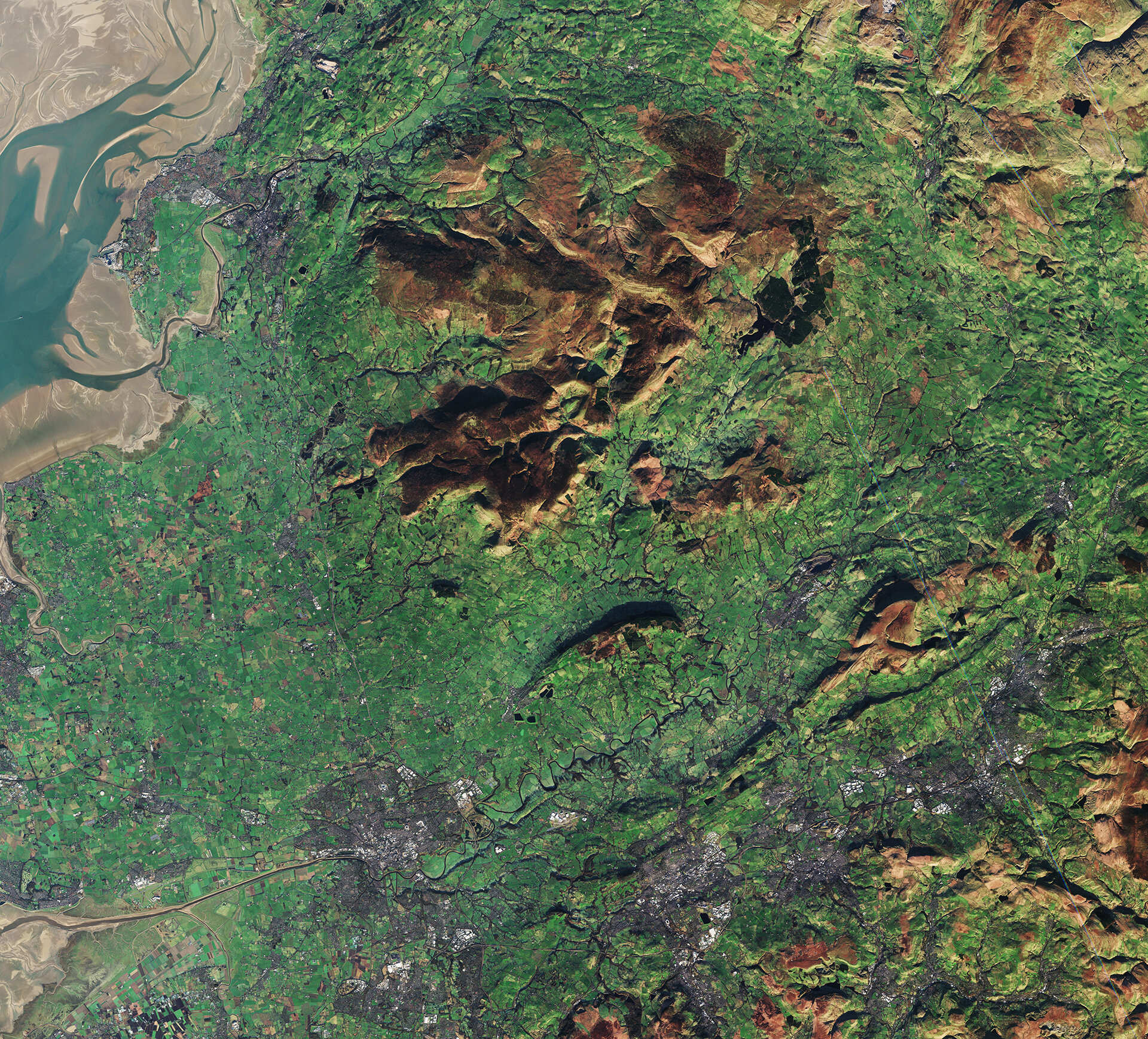 The Sentinel-2A satellite takes us over part of northwest England in this image captured on 5 January 2017.

The dark area near the centre of the image is the Forest of Bowland, appearing mostly brown. The area has barren fells and peat moorland. During the Second World War, parts of the Bowland fells were used for military exercises, and unexploded bombs have been found in the area.

In the upper left we can see some of the intertidal mudflats of Morecambe Bay, with the city of Lancaster on the coast. The city of Preston is situated at lower left on the River Ribble, which flows into an estuary where it meets the Irish Sea.

The area north of the Ribble Estuary is the Fylde coastal plain. This somewhat square peninsula was created by the deposition of sediment by the rivers and streams over a long time. Parts were once dug for peat, but today towns and agriculture blanket the plain. The far-west side (not pictured) is mostly urban.

On the right side of the image are three aircraft contrails forming straight lines. Zooming in on one of these, we see that instead of a single white contrail line there are three colours. While this may look like coloured smoke released from the aircraft, it is an artefact created when the Sentinel-2 data were processed.