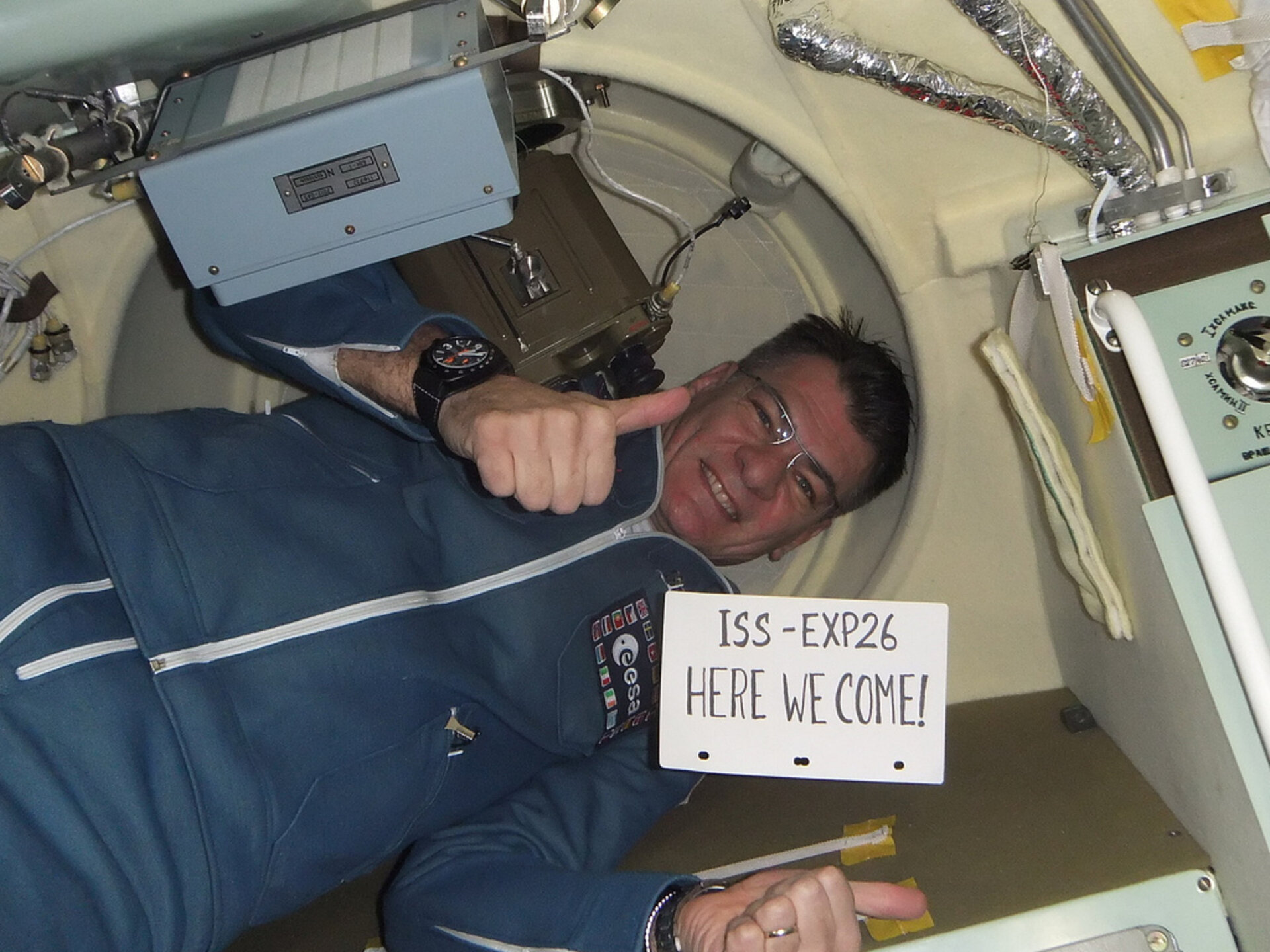 Paolo Nespoli in the Soyuz TMA-20 spacecraft before docking with the International Space Station on 17 December.

He was launcahed with Dmitri Kondratyev and Catherine Coleman from Baikonur Cosmodrome in Kazakhstan on 15 December at 20:09 CET. Paolo’s MagISStra mission will be Europe’s third long-duration mission on the ISS. Between December 2010 and June 2011 he will be part of the ISS crew as a flight engineer.

The three spacefliers joined ISS Expedition 26 crew Alexander Kaleri, Scott Kelly and Oleg Skripochka on 18 December at 00:05 CET, when the hatches between the Space Station and were opened.