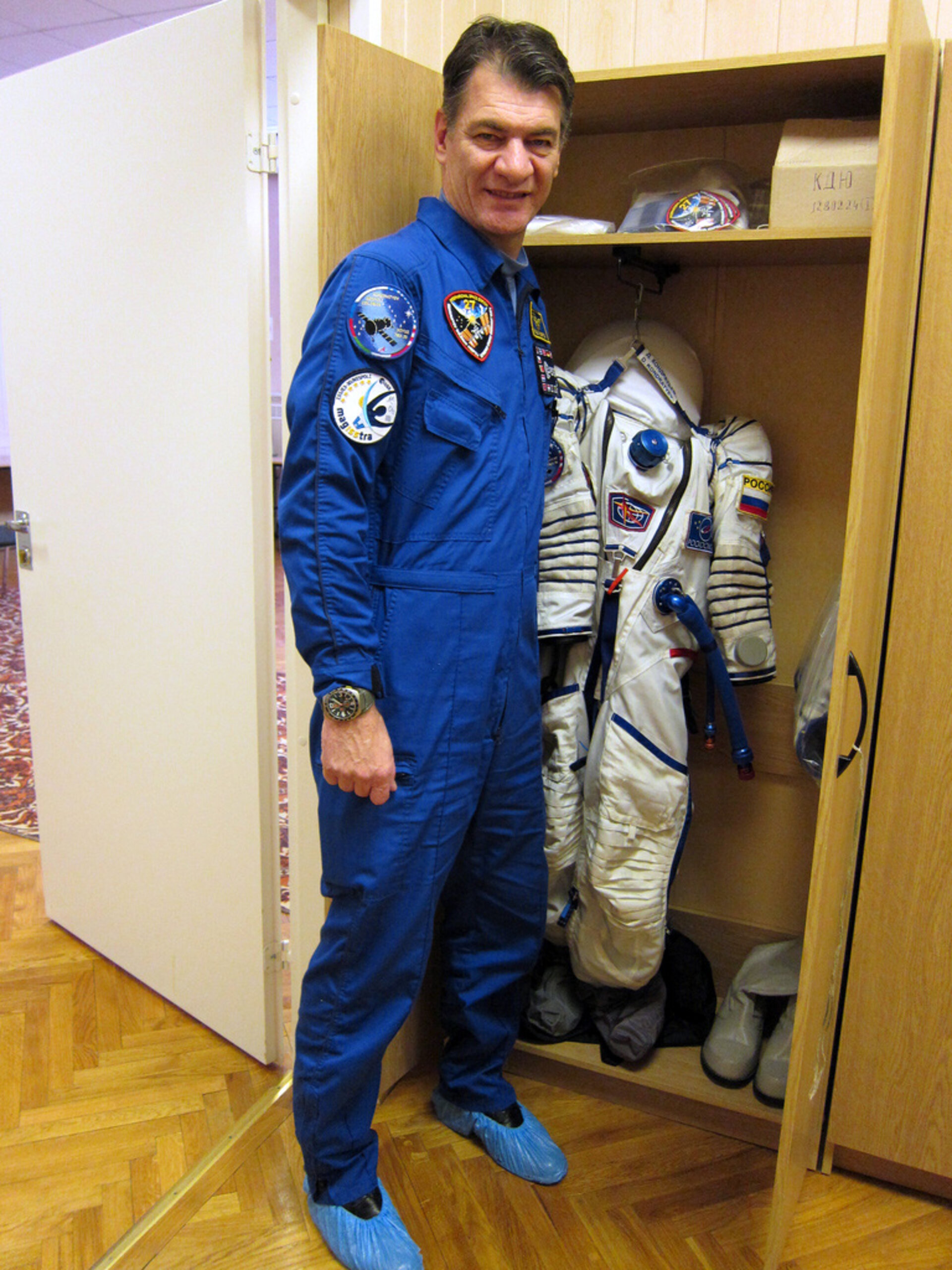 Paolo Nespoli with his Sokol suit

Paolo Nespoli with his Sokol suit at the Cosmonaut hotel: "I use this suit when I go to space (and come back). It's not Armani, but it fits pretty well!" This is one of the photos Paolo sent via Twitter at twitter.com/astro_paolo.

Paolo was launched in a Soyuz TMA-20 spacecraft from Baikonur Cosmodrome in Kazakhstan on 15 December at 20:09 CET with Dmitri Kondratyev and Catherine Coleman for a challenging 6-month mission on the International Space Station (ISS) as members of Expeditions 26/27.

His MagISStra mission is Europe’s third long-duration mission on the ISS. Between December 2010 and June 2011 he will be part of the ISS crew as a flight engineer.