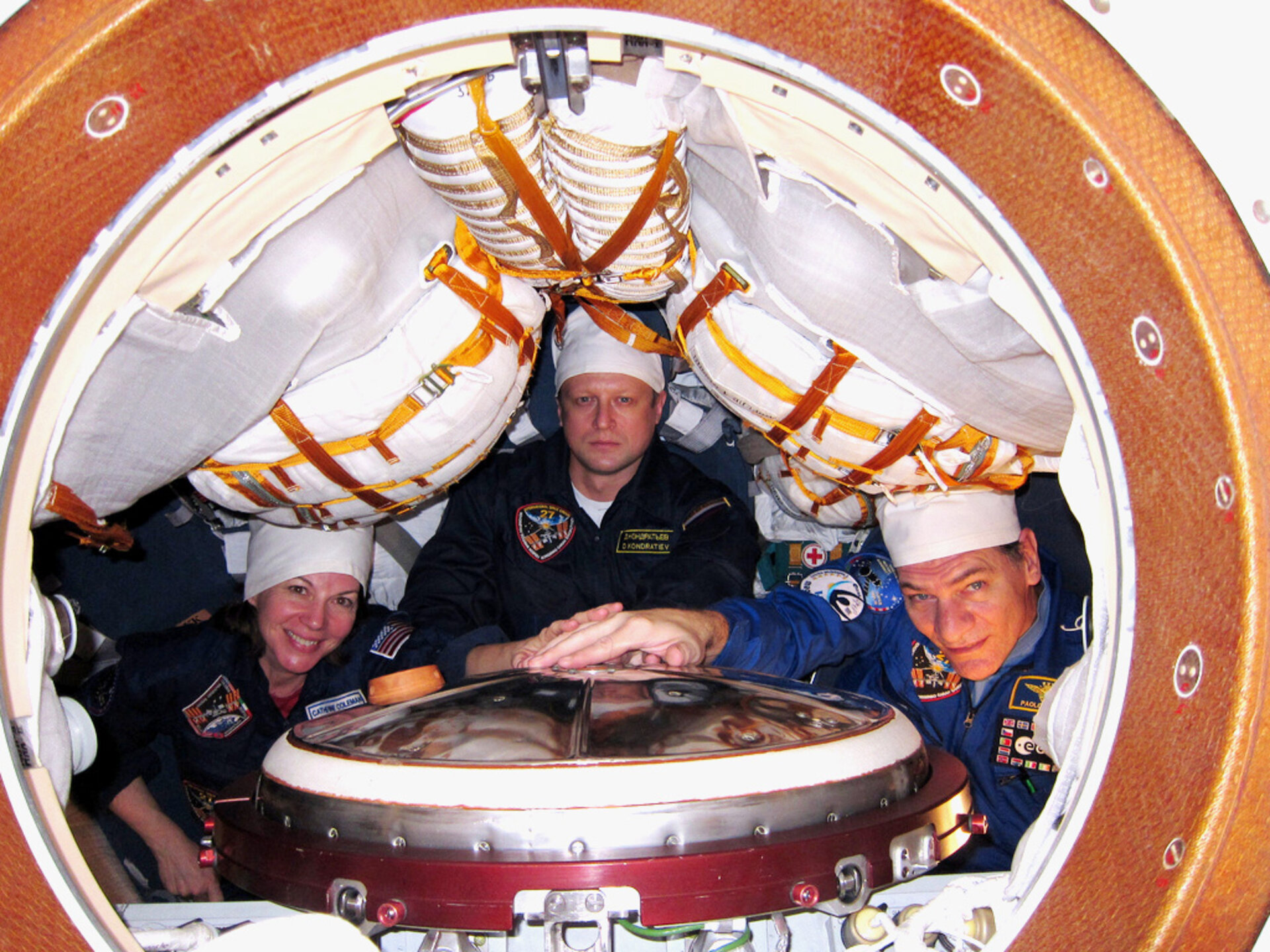 Soyuz TMA-20 crew, Catherine Coleman (left, occupying the right seat of the spacecraft), commander Dmitri Kondratyev and Paolo Nespoli inspecting their craft at the Baikonur cosmodrome in Kazakhstan on 11 December 2010.

They were launched on 15 December at 20:09 CET for a challenging 6-month mission on the International Space Station (ISS) as members of Expeditions 26/27.