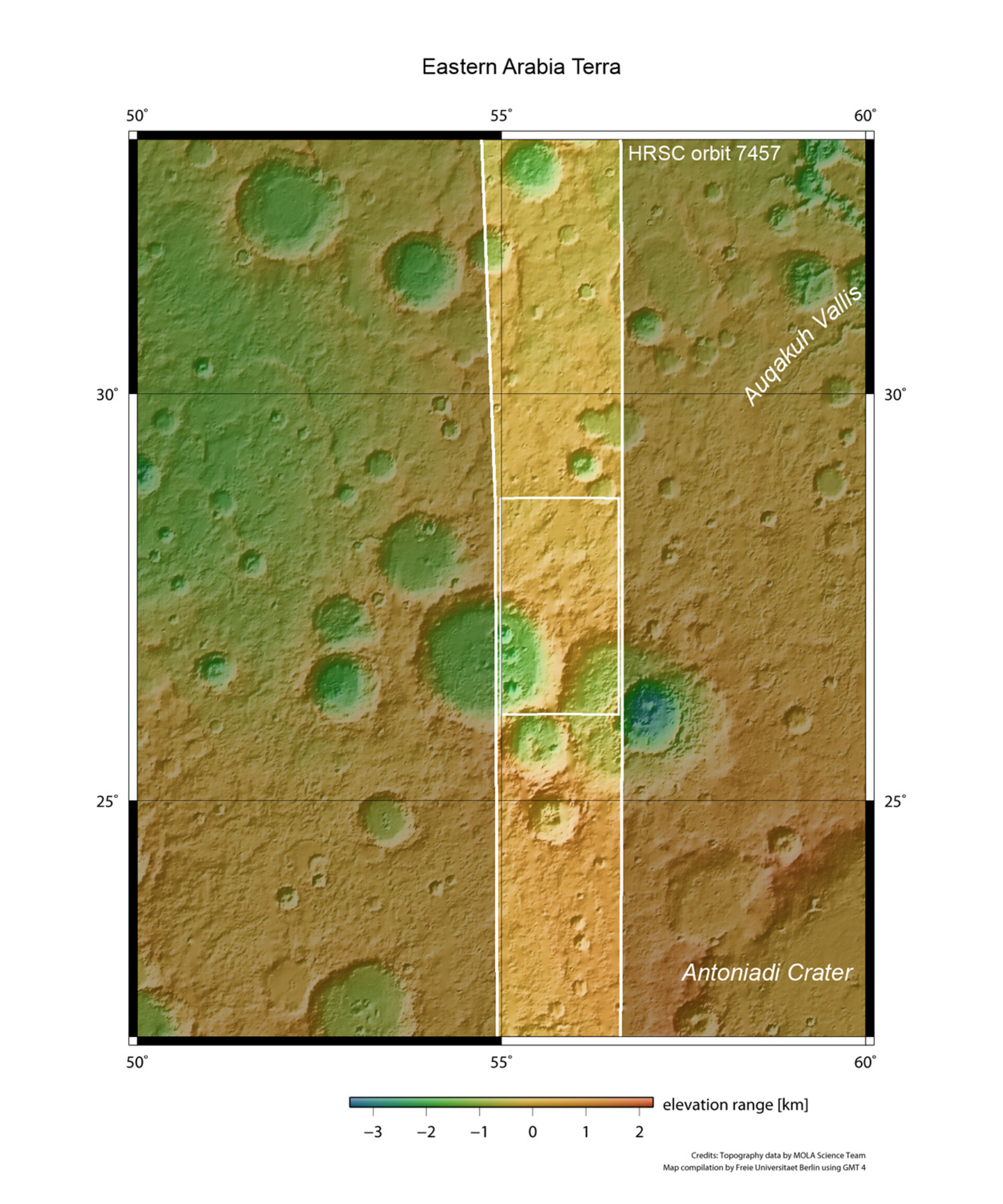 Extending 159 km by 87 km, this MOLA image show a region about a third the size of Denmark. It is the eastern part of Arabia Terra, named after Giovanni Schiaparelli’s albedo map. Arabia Terra is part of the highlands of Mars, stretching east to west across 4500 km. With a ground resolution of about 18 m per pixel, the data were acquired for the eastern region of Arabia Terra, about 300 km NW of Antoniadi Crater at approximately 27°N/ 56°E during Mars Express’s orbit 7457 on 26 October 2009