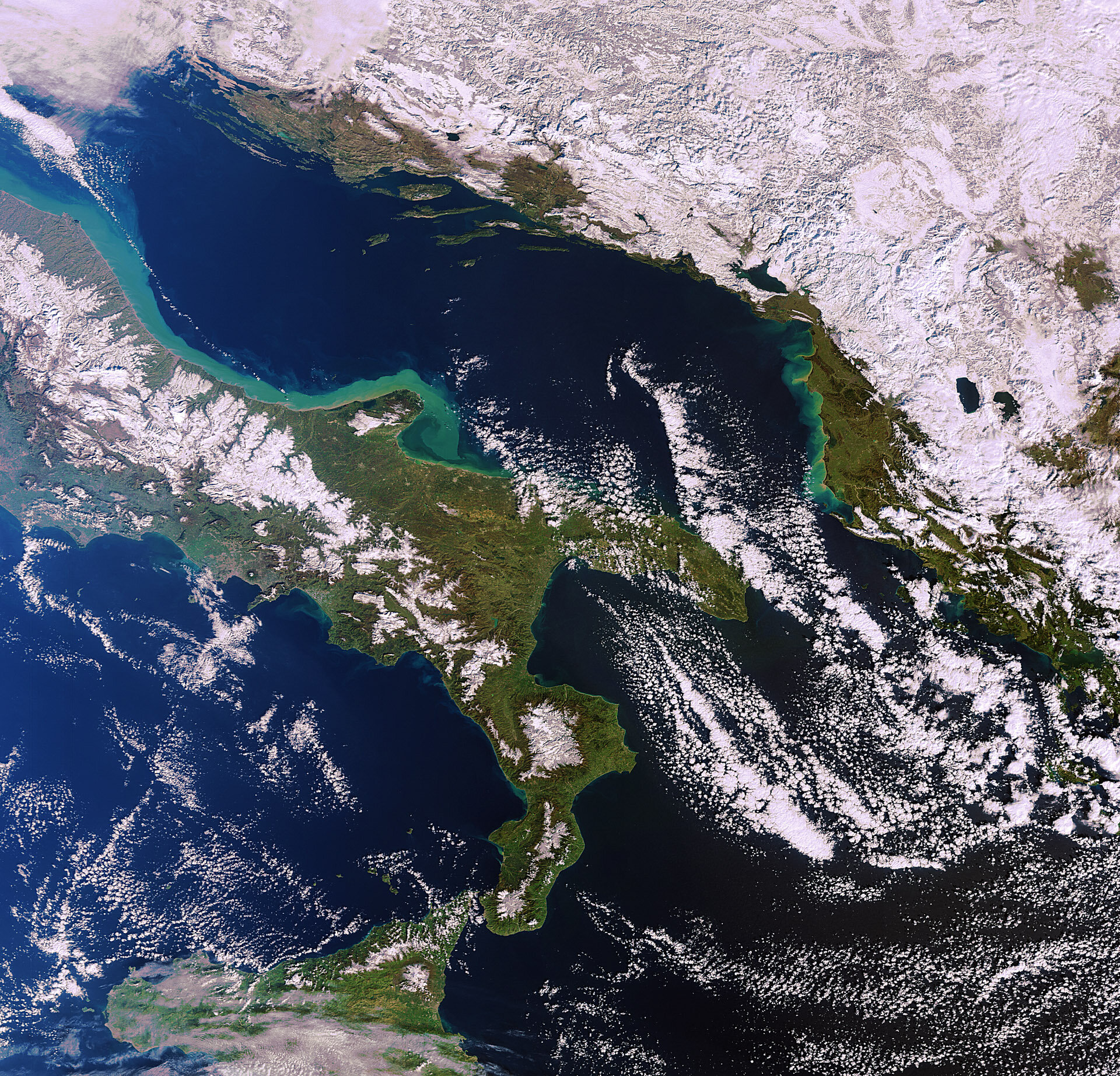 The diverse and picturesque contours of southern Italy, known for its boot-like shape, take centre stage in this Envisat image, acquired on 25 January 2011. This part of the Italian Peninsula is surrounded by the Tyrhennian (centre left), Ionian (bottom right) and Adriatic (top) Seas. The light green colour of the water along the Adriatic is caused by sediments being carried into the sea by rivers and then being distributed along the coast by currents. Stretching the entire length of the peninsula, the Apennine Mountains are visible under a dusting of snow. Mount Vesuvius is visible as a white circle inland from the Bay of Naples on the west coast, and the larger Mount Etna is visible in Sicily.