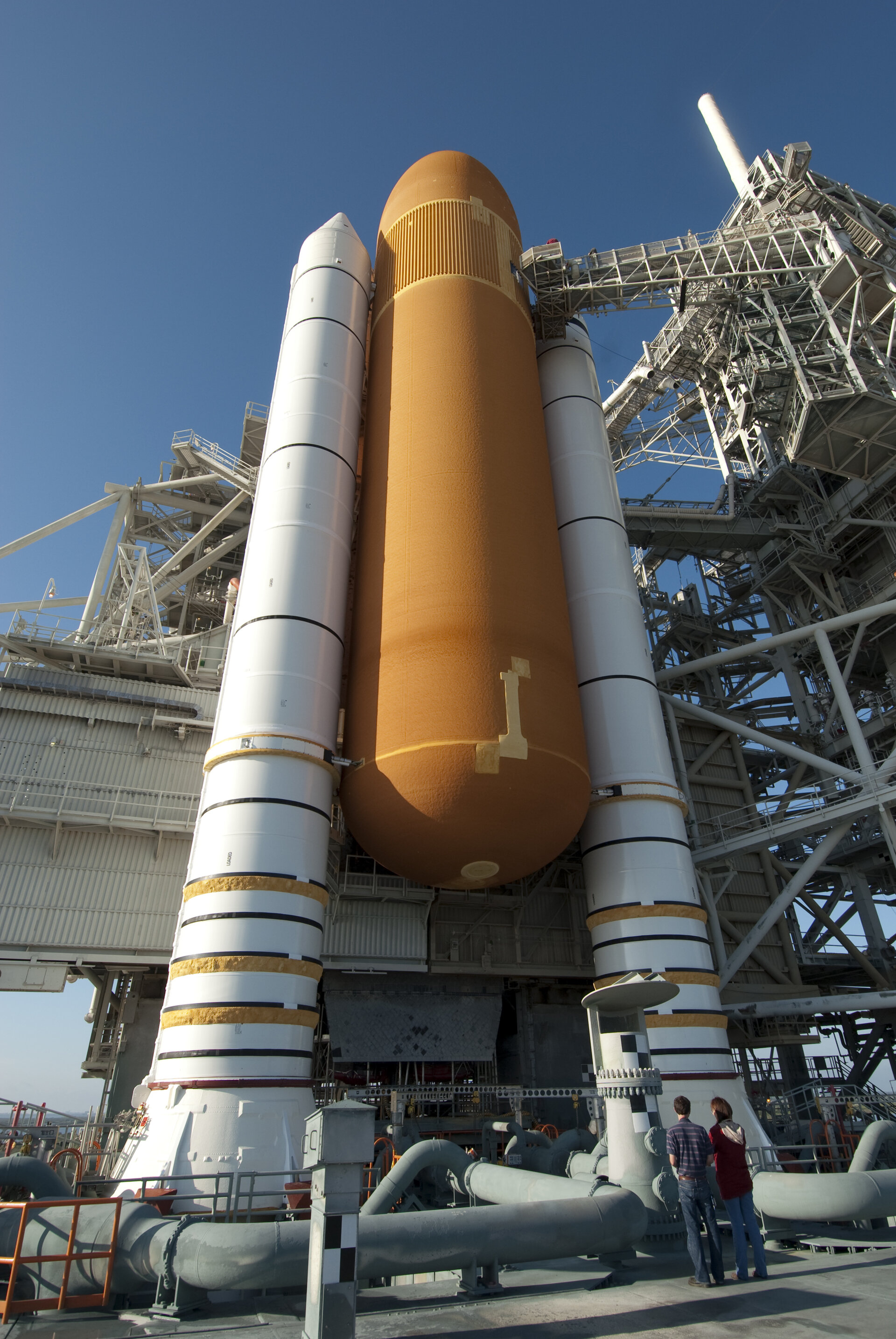 Endeavour on the Launch Pad 39A

Workers perform a walk down of space shuttle Endeavour following severe storms over Launch Pad 39A at NASA's Kennedy Space Center in Florida. The frontal system moved through Central Florida producing strong winds, heavy rain, frequent lightning and even funnel clouds. During detailed inspections, technicians and engineers found only minor damage to Endeavour's external fuel tank foam insulation and evaluations indicate there was no damage to the spacecraft. Endeavour and its six-member STS-134 crew are targeted for launch 29 April 19:47 GMT (21:47 CEST).