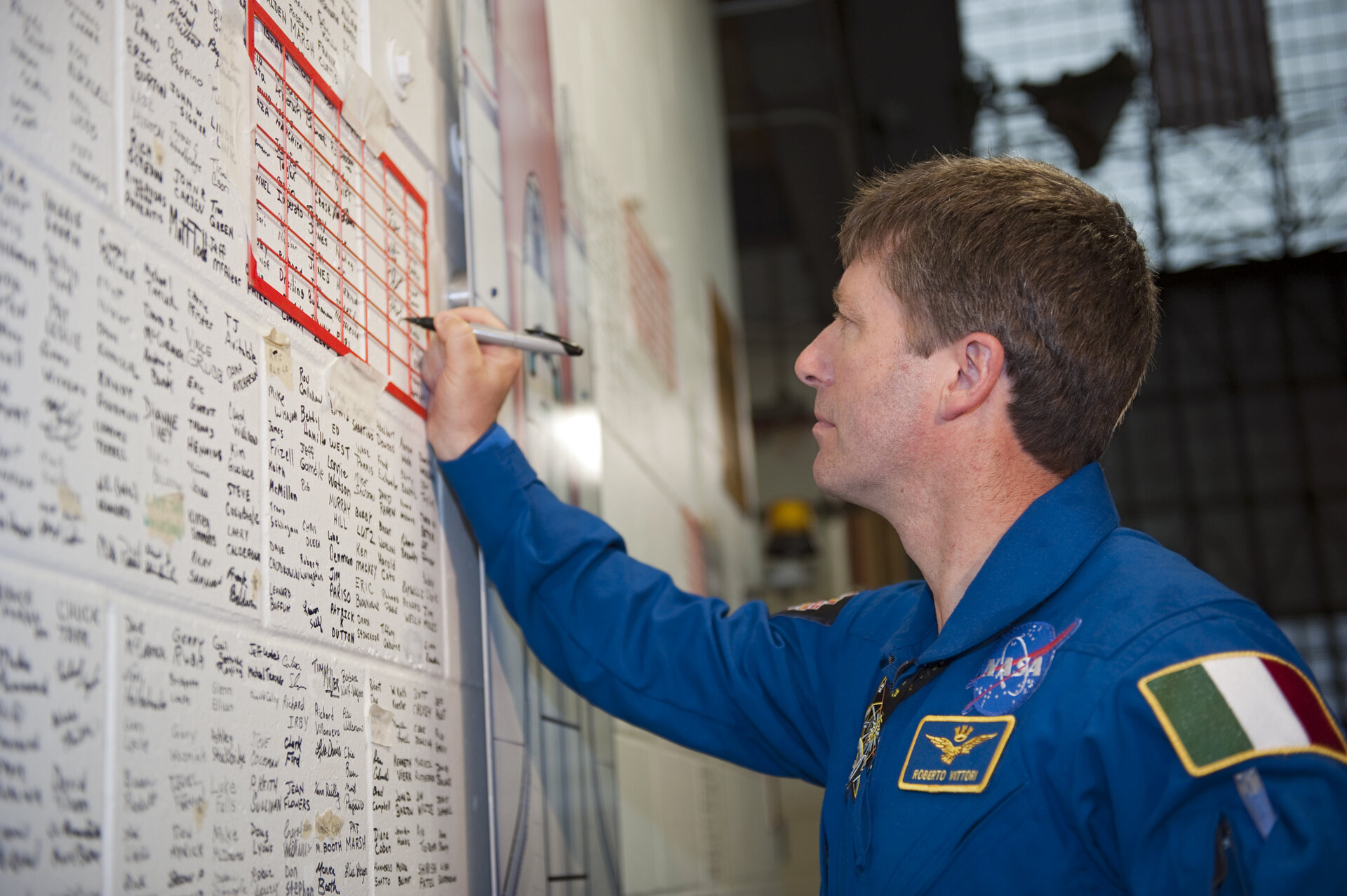 Astronaut and Mission Specialist Roberto Vittori, ESA's Italian astronaut, signs the space shuttle wall tribute in the Vehicle Assembly Building at NASA's Kennedy Space Center in Florida. Kennedy employees who have supported the Space Shuttle Program throughout the last 30 years have been signing the wall as a tribute to the program. Endeavour's six crew members are at Kennedy for the launch countdown dress rehearsal called the Terminal Countdown Demonstration Test (TCDT) and related training. Photo is taken on 31 March 2011.