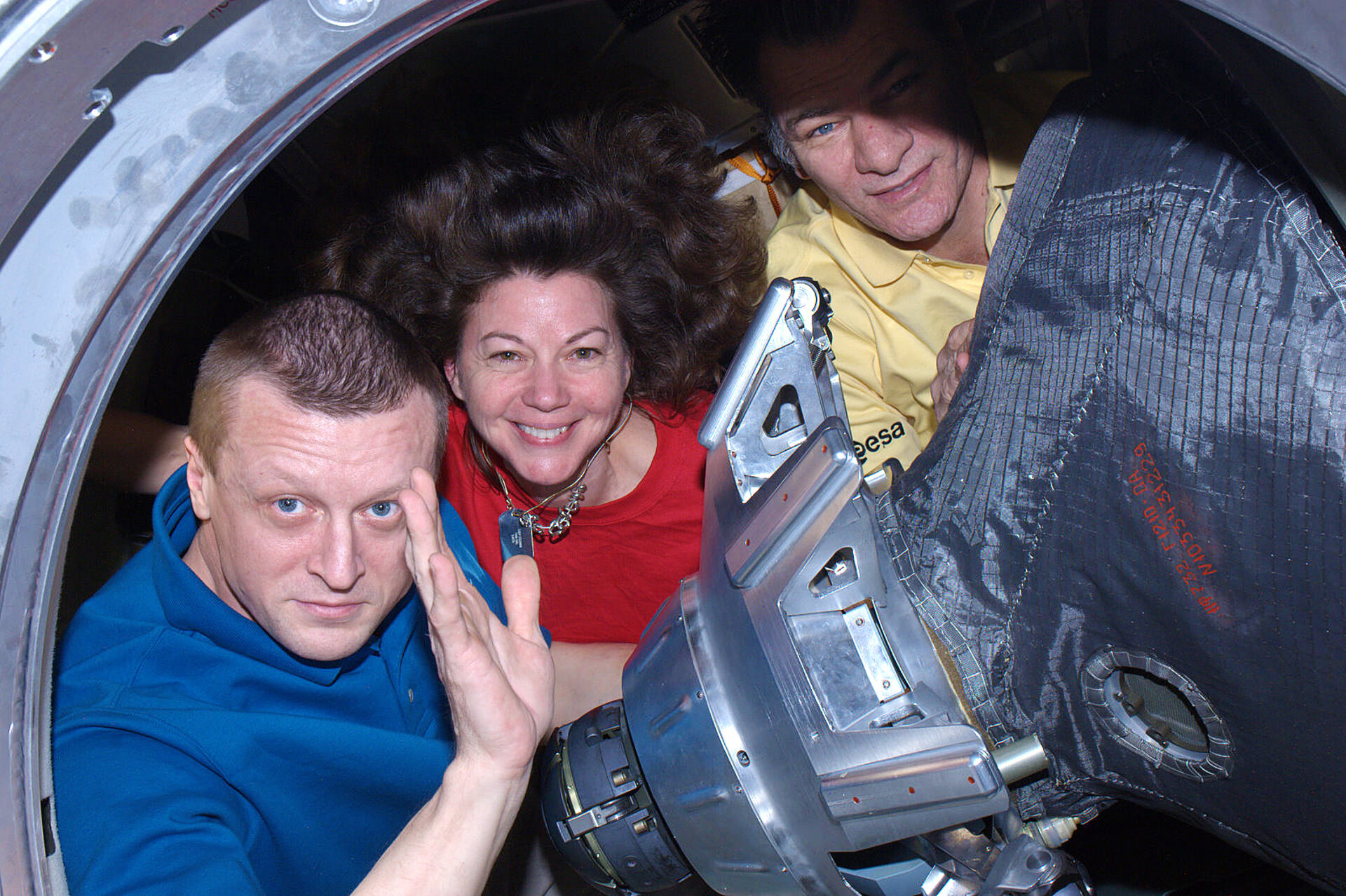 A final wave from Dmitri

A final wave from Soyuz Commander Dmitri Kondratyev, together with Paolo Nespoli and Cady Coleman, captured by NASA's Expedition 28 astronaut Ron Garan on 23 May, as they prepare to close the hatch of the Soyuz TMA-20 spacecraft. The three have been in the International Space Station for nearly 6 months and returned to Earth in the early hours of 24 May.