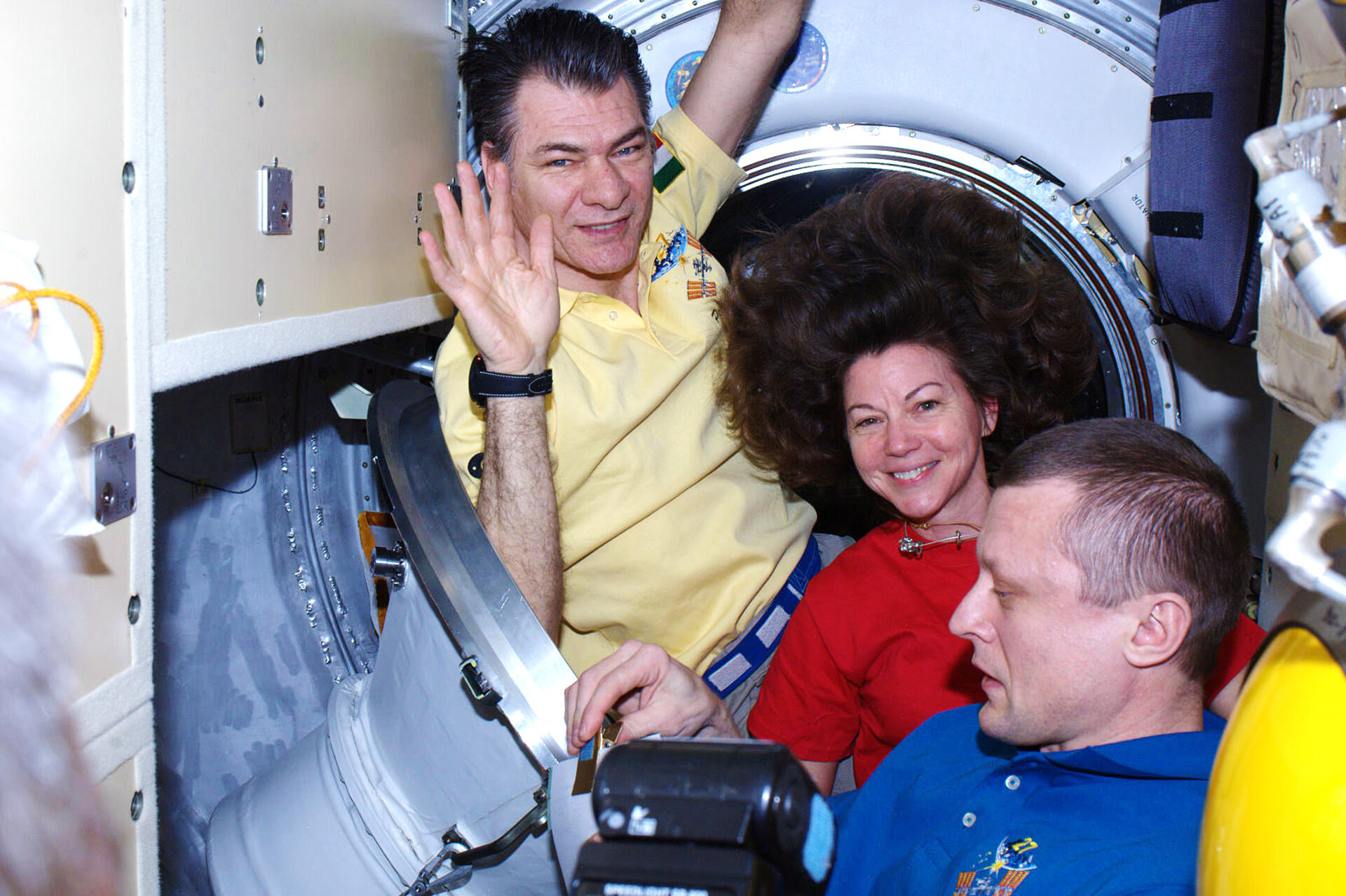 In this image, taken by NASA astronaut Ron Garan on 23 May, Paolo Nespoli and Cady Coleman give a final wave as they prepare to enter the orbital module of their Soyuz TMA-20 spacecraft. In the foreground Soyuz Commander Dmitri Kondratyev. The three have been in the International Space Station for nearly 6 months and returned to Earth in the early hours of 24 May.