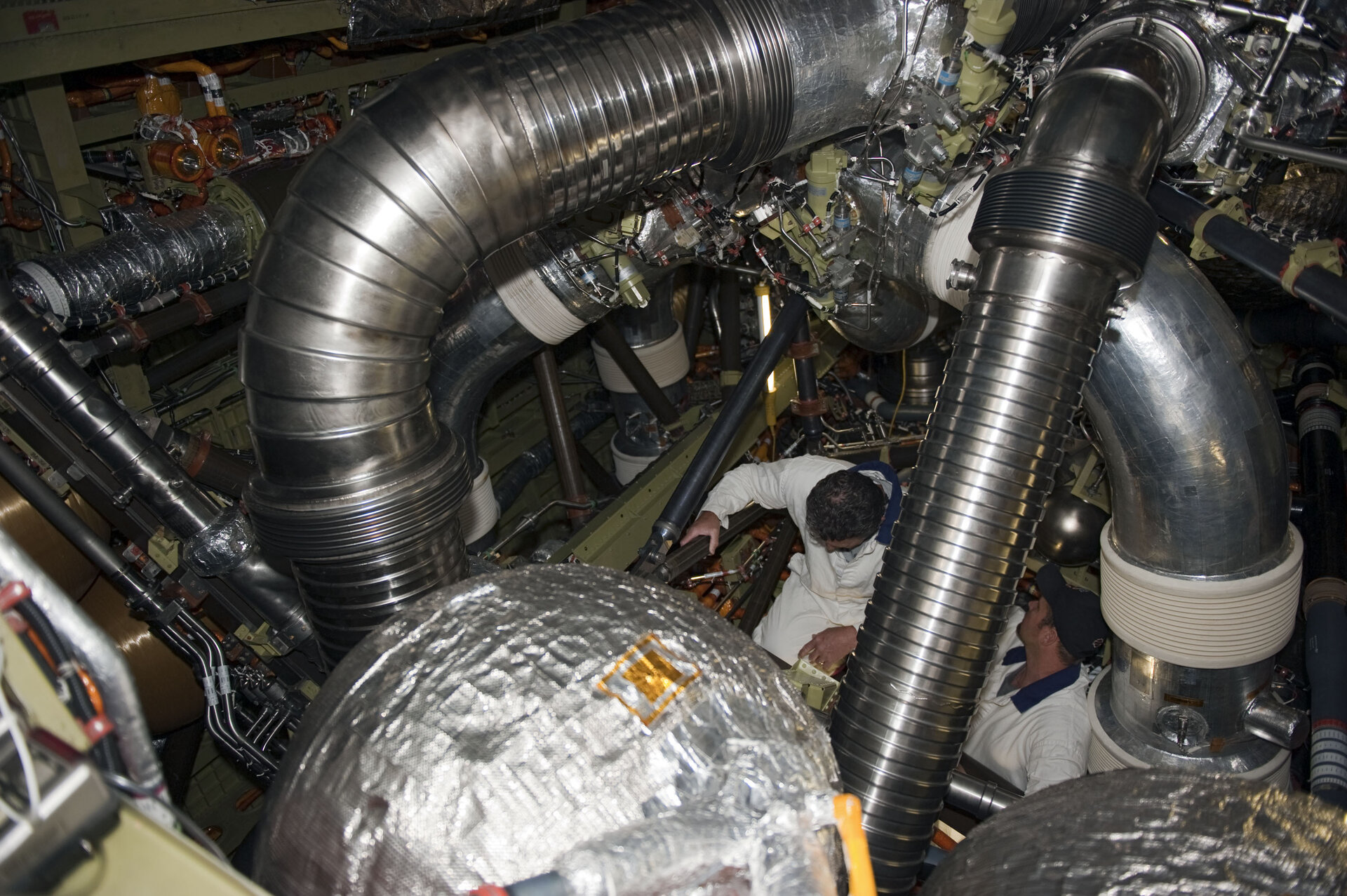 At NASA Kennedy Space Center's Launch Pad 39A, a technician makes his way across a platform in space shuttle Endeavour's aft section as work begins to remove and replace the aft load control assembly-2 (ALCA-2). Located in the orbiter's aft avionics bay 5, the assembly is believed to have caused heaters on a fuel line for Endeavour's auxiliary power unit-1 (APU-1) to fail April 29 during the first launch attempt for the STS-134 mission. The mission also will be the final spaceflight for Endeavour.