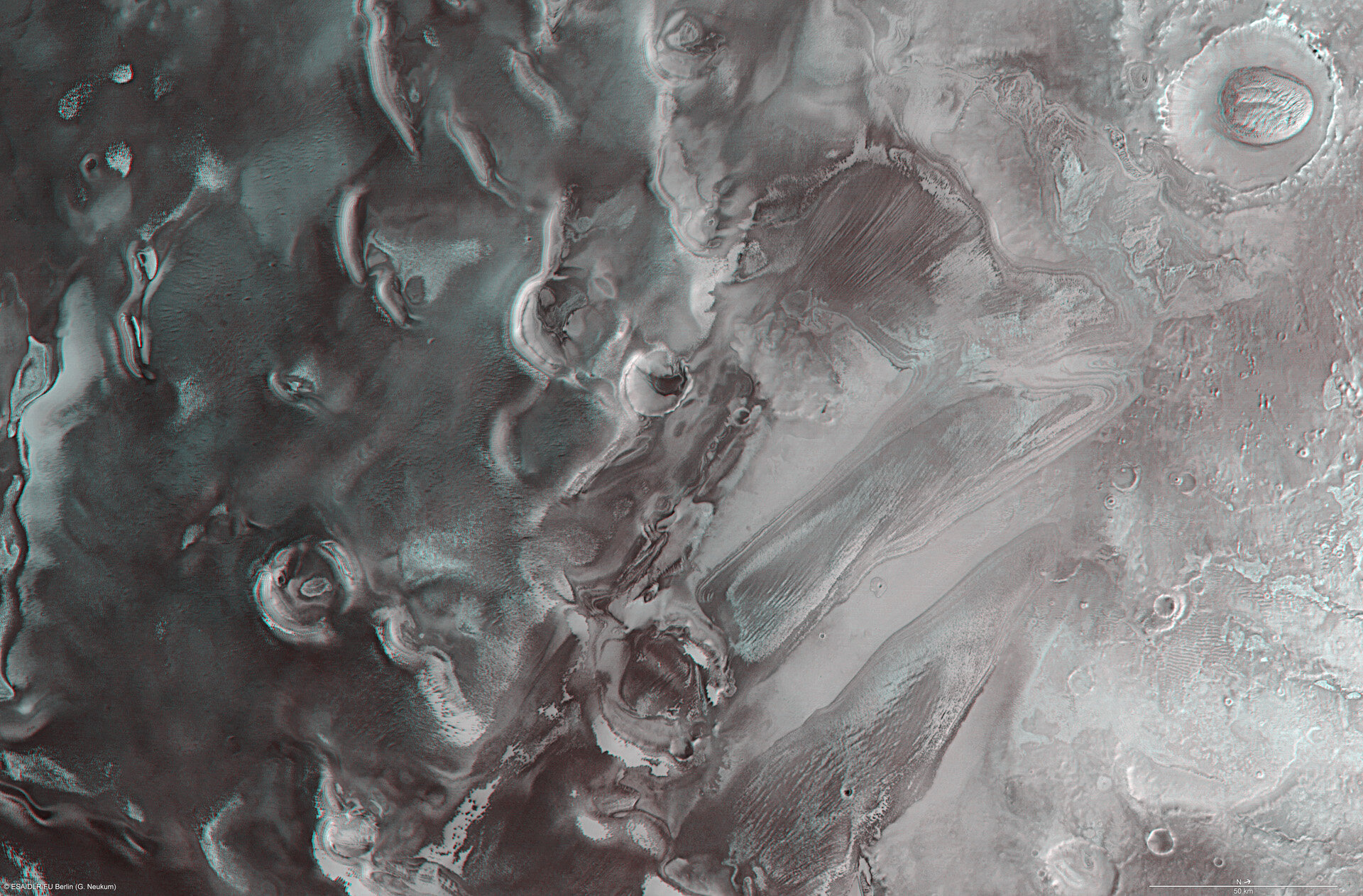 Buried ice deposits in the southern polar region of Mars close to Ulyxis Rupes at about 72°S/162°E. The elevation of this region decreases markedly from south to north, dropping in steps by about 1500 m in total from left to right across the image. The High Resolution Stereo Camera (HRSC) on ESA’s Mars Express took this image. It combines data from HRSC’s nadir channel and one stereo channel to produce this 3D image. Stereoscopic glasses are required to see the 3D effect.