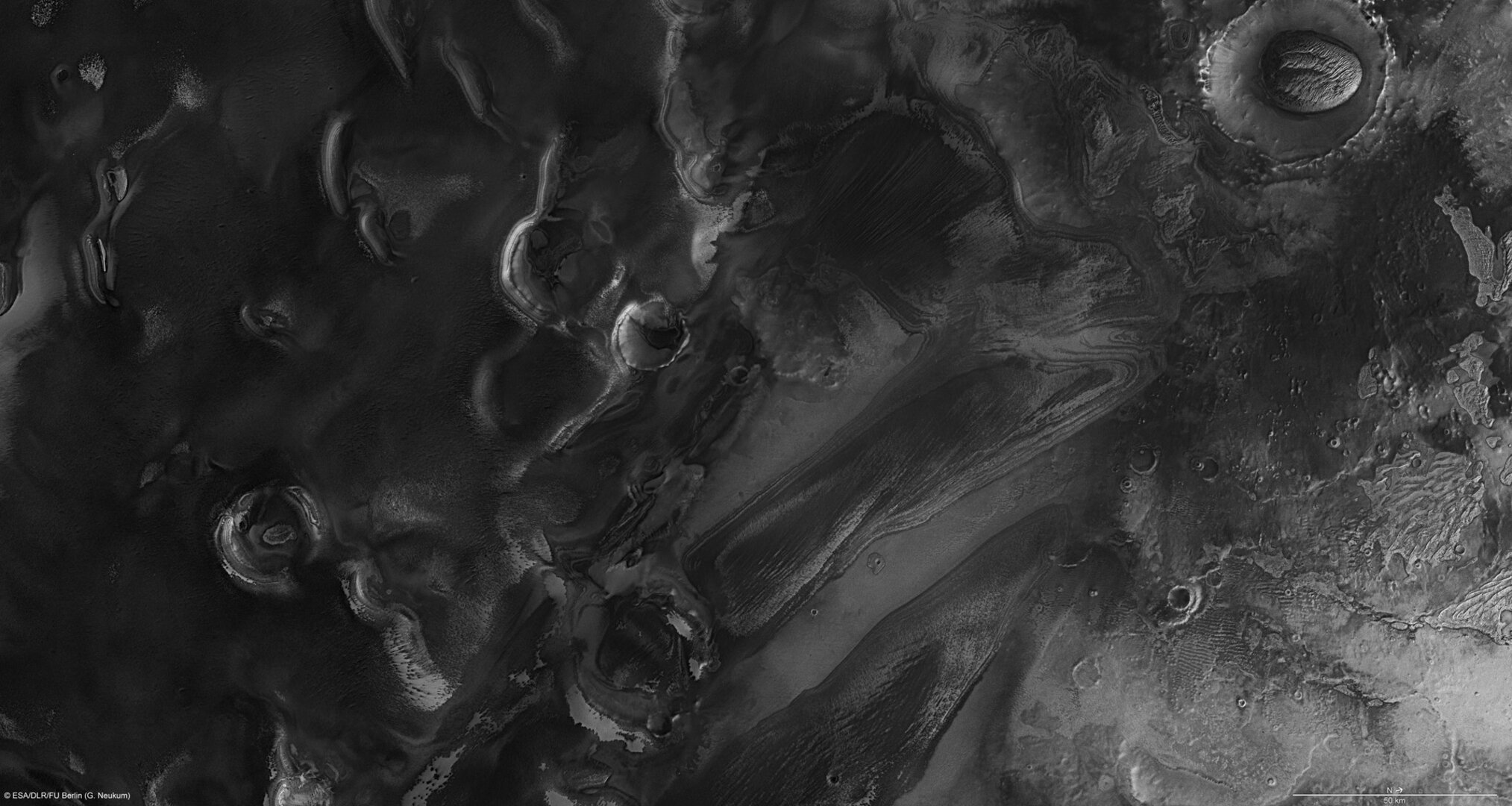 Buried ice deposits in the southern polar region of Mars are shown in this image, close to Ulyxis Rupes at about 72°S/162°E. The image was obtained by Mars Express on 15 January 2011 during orbit 8995 using the High Resolution Stereo Camera and has a ground resolution of about 49 m per pixel. It was derived from the nadir channel, which provides the highest detail of all the channels. South is to the left, north is to the right.