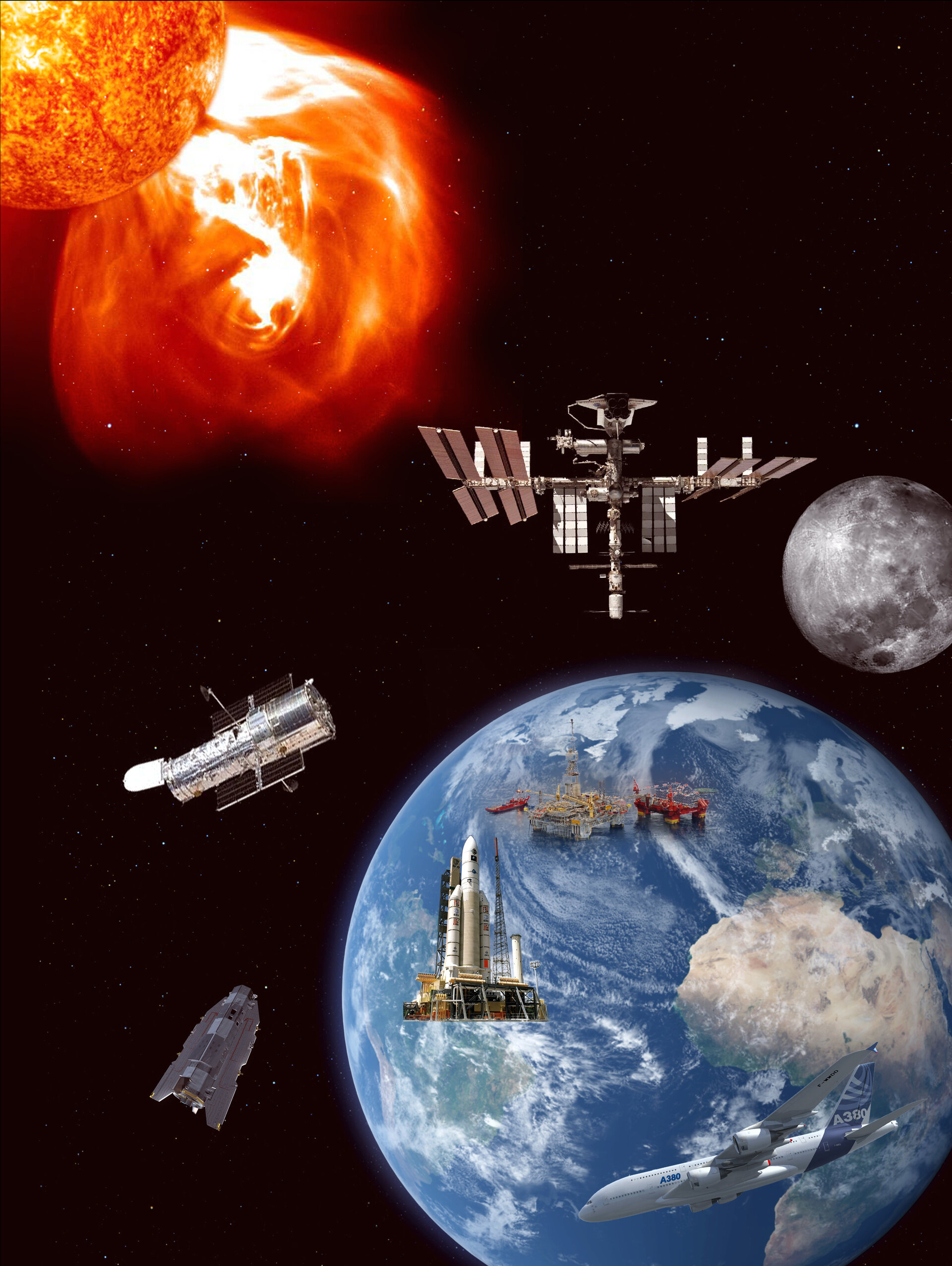 Space weather is the term used for describing a range of environmental phenomena, primarily in near-Earth space, but also at relatively low altitude, that adversely affect all satellites in near-Earth and geostationary orbits and, more rarely, ground-based infrastructures sensitive to induced currents such as electrical power networks or pipelines. The origin of potentially damaging space weather events is the Sun. Potentially damaging space weather phenomena are caused both by direct radiation and by the very complex interaction of the Earth's magnetosphere with Coronal Mass Ejections, disturbances that propagate from the Sun after solar eruptions.