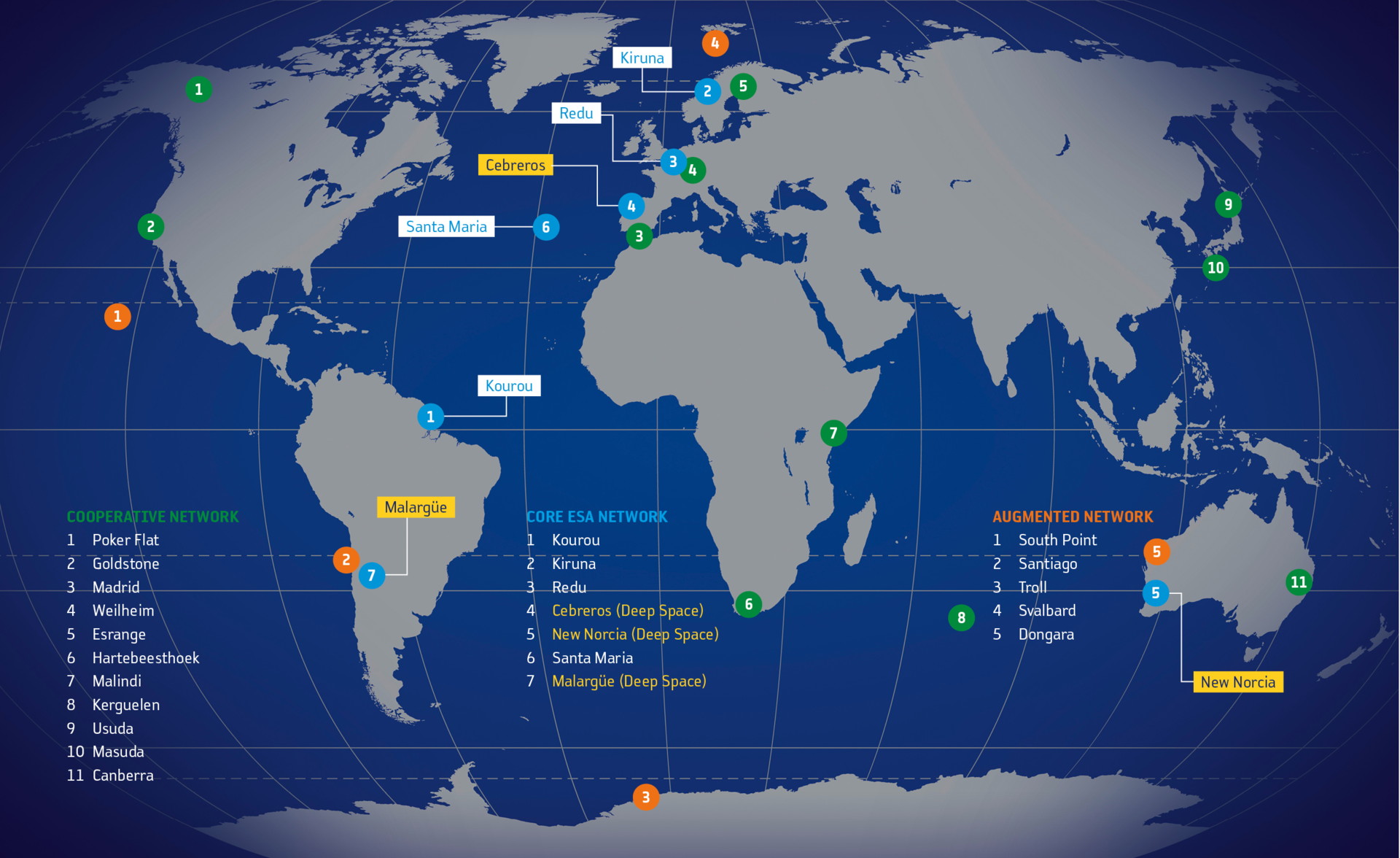 Map showing locations of ESA tracking (Estrack) stations as of 2017. Note this map is representational only and not all locations are shown with complete accuracy.

The ESA tracking station at Perth, Australia, was retired from service in December 2015. The ESA stations at Villafranca and Maspalomas, Spain, were transferred to industry in 2017.