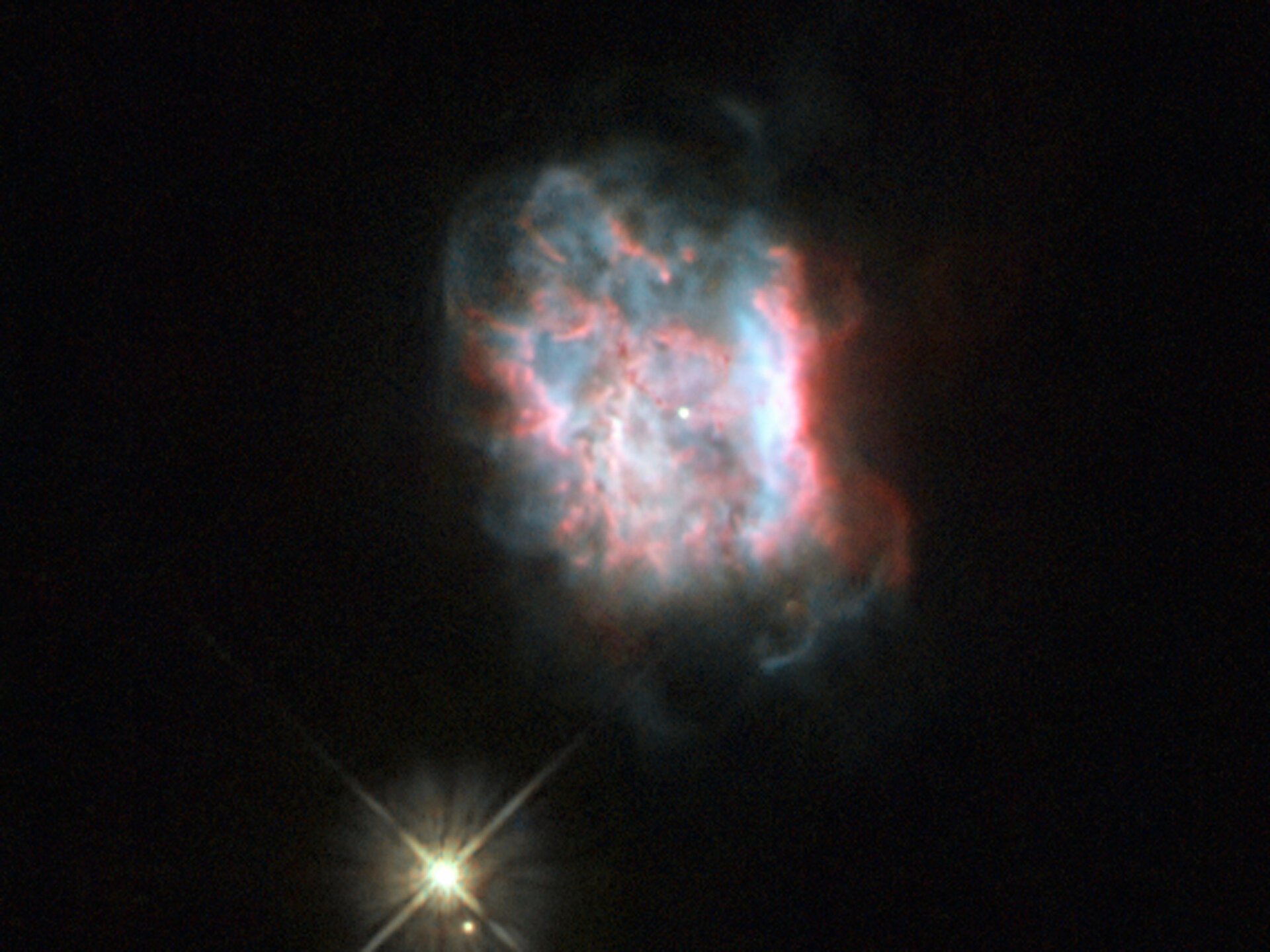 Masquerading as a double star

The object in this image is Jonckheere 900 or J 900, a planetary nebula — glowing shells of ionised gas pushed out by a dying star. Discovered in the early 1900s by astronomer Robert Jonckheere, the dusty nebula is small but fairly bright, with a relatively evenly spread central region surrounded by soft wispy edges.

Despite the clarity of this Hubble image, the two objects in the picture above can be confusing for observers. J 900’s nearby companion, a faint star in the constellation of Gemini, often causes problems for observers because it is so close to the nebula — when seeing conditions are bad, this star seems to merge into J 900, giving it an elongated appearance. Hubble’s position above the Earth’s atmosphere means that this is not an issue for the space telescope.

Astronomers have also mistakenly reported observations of a double star in place of these two objects, as the planetary nebula is quite small and compact.

J 900’s central star is only just visible in this image, and is very faint — fainter than the nebula’s neighbour. The nebula appears to display a bipolar structure, where there are two distinct lobes of material emanating from its centre, enclosed by a bright oval disc.

A version of this image was entered into the Hubble’s Hidden Treasures image processing competition by contestant Josh Barrington.