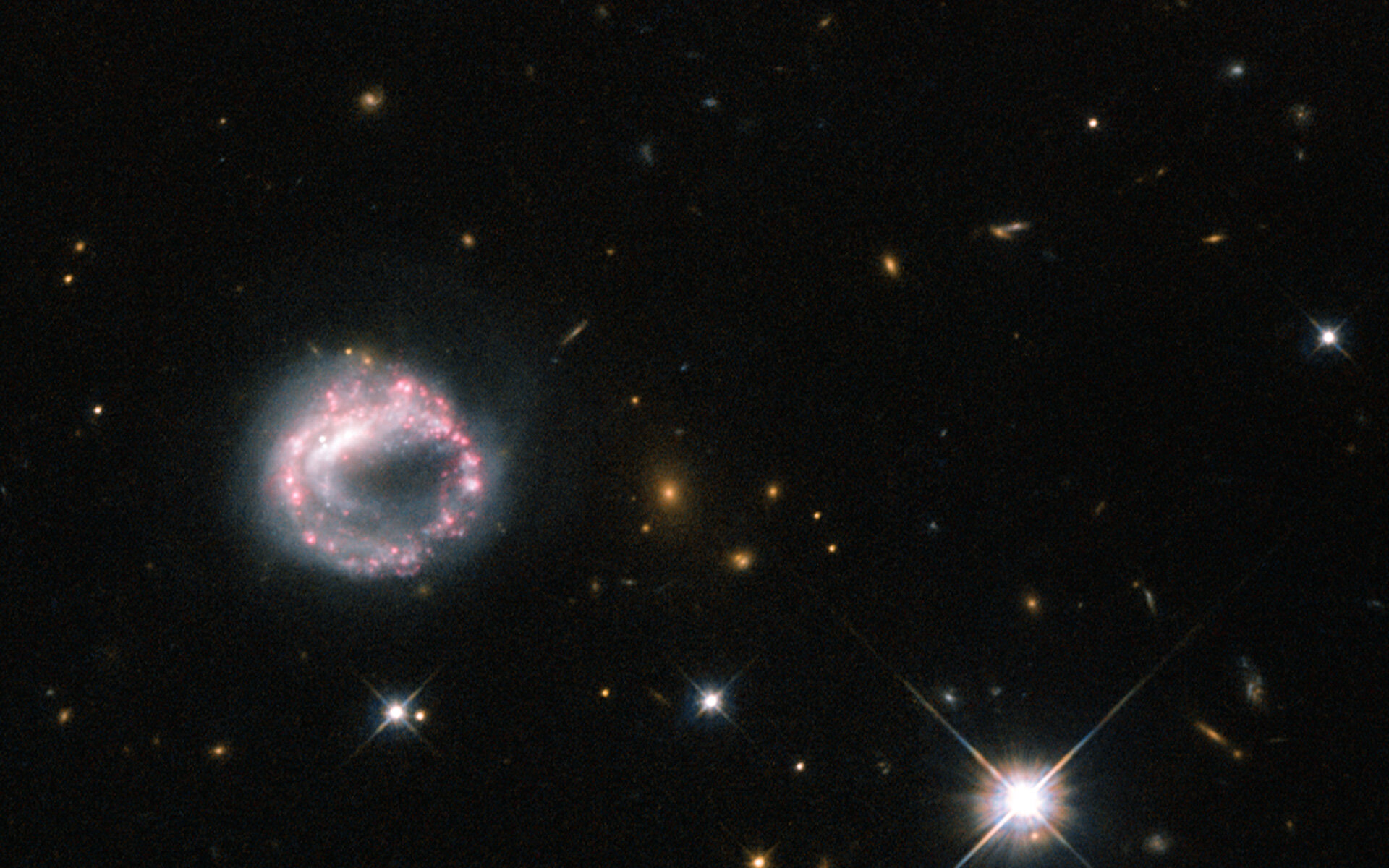 One ring to rule them all

Galaxies can take many forms — elliptical blobs, swirling spiral arms, bulges, and discs are all known components of the wide range of galaxies we have observed using telescopes like the NASA/ESA Hubble Space Telescope. However, some of the more intriguing objects in the sky around us include ring galaxies like the one pictured above — Zw II 28.

Ring galaxies are mysterious objects. They are thought to form when one galaxy slices through the disc of another, larger, one — as galaxies are mostly empty space, this collision is not as aggressive or as destructive as one might imagine. The likelihood of two stars physically colliding is minimal, and it is instead the gravitational effects of the two galaxies that causes the disruption.

This disruption upsets the material in both galaxies, causing it to redistribute to form a dense central core, encircled by bright stars. All this commotion causes clouds of gas and dust to collapse and triggers new periods of intense star formation in the outer ring, which is thus full of hot, young, blue stars and regions that are actively giving rise to new stars.

The sparkling pink and purple loop of Zw II 28 is not a typical ring galaxy due to its lack of a visible central companion. For many years it was thought to be a lone circle on the sky, but observations using Hubble have shown that there may be a possible companion lurking just inside the ring, where the loop appears to double back on itself. The galaxy has a knotty, swirling ring structure, with some areas appearing much brighter than others.